OU Law Alumni Serve on State Bar Board of Governors 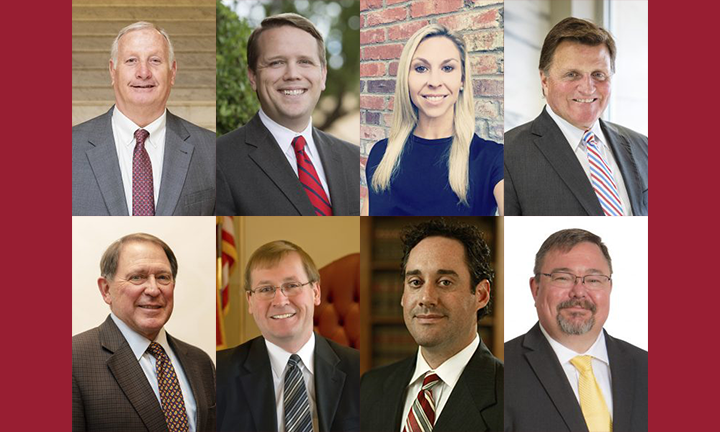 Eight OU Law alumni are doing their part to advance the legal profession by serving on the 2019 Oklahoma Bar Association Board of Governors, the 17-member governing body of the association.

Members of the board are elected by bar members.

Serving as 2019 OBA president is Charles W. “Chuck” Chesnut (’77) of Miami. Lane R. Neal (’08) of Oklahoma City was elected to a one-year term as OBA vice president. Brandi N. Nowakowski (’10) of Shawnee will serve a one-year term on the Board of Governors as chair of the Young Lawyers Division.

Chesnut, Neal, Nowakowski, McKenzie and DeClerck began their terms Jan. 1. They will be formally sworn in Friday, Jan. 18, during a ceremony at the Oklahoma Judicial Center in Oklahoma City.

University of Oklahoma College of Law students will provide free legal assistance to veterans during a pop-up clinic, scheduled for 9 a.m. to noon Thursday, Feb. 20, at the Norman Veterans Center, 1776 E. Robinson St.

The University of Oklahoma College of Law has been recognized for a second time as an Apple Distinguished School, acknowledging the college’s comprehensive effort to educate and prepare law students to become technologically competent attorneys.