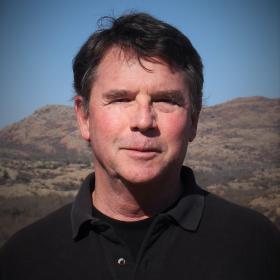 Andrew Cullen joined the University of Oklahoma College of Law in 2016 as an adjunct professor. Cullen is a geoscientist with deep and diverse skills in geology, geophysics, and geochemistry acquired through more than 35 years of industry and academic experience in both petroleum and minerals exploration. Dr. Cullen holds B.S., M.S., and Ph.D. degrees in geology. He has been directly involved in U.S. and international ventures adding more than 500 million barrels oil equivalent of proven developed reserves. Dr. Cullen is the Vice President of Geology at Warwick Energy Group, a data-driven hybrid energy company that tightly integrates finance, accounting, land, engineering, and geology to build materially significant non-operated positions in the cores of North America’s major onshore oil and gas plays. Prior to joining Warwick, he cut his teeth on unconventional plays at Chesapeake Energy where he become the company's first Senior Advisor helping coordinate technical work relating to risking and volumetric assessments of Chesapeake’s portfolio. Much of his experience draws from nearly two decades with Shell International where he had postings in The Netherlands, Nigeria, Malaysia, and New Orleans in roles ranging from Senior Production Seismologist, Principal Regional Geologist, and Blue Sky Team Leader.

Dr. Cullen has a strong recent publication record of peer-reviewed research focused on SE Asia and is committed to professional service. He is an adjunct professor for Petroleum Geology in OU’s Price College School of Energy Management. Dr. Cullen was the AAPG Asia-Pacific Distinguished Lecturer (2008) and was a co-organizer a Hedberg Conference on Tropical Deltas in Jakarta (2010). He is a reviewer for the Journal of Asian Earth Sciences, Journal of Marine & Petroleum Geology, and Tectonophysics. He is also a member of the Song Writer’s Association of Norman and as is the front man on vocal and guitar for The Boulders.

Member of the American Association of Petroleum Geologists

Member of the the American Geophysical Union

Member of the Geological Society of America