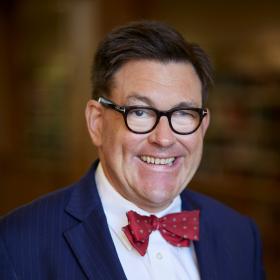 After completing his Undergraduate and Masters degrees, Professor McCall taught English in a private high school for two years before commencing his law degree. He received honors for obtaining the highest grades over the three year law degree and for his specific work in Corporations, Torts and Wills and Future Interests. During his third year of law school, Professor McCall taught foreign lawyers studying for their L.L.M. a course in legal writing and research. He also served as a teaching assistant for a course on Law and Philosophy taught in the College of Arts and Sciences at the University of Pennsylvania.

After obtaining his law degree, Professor McCall joined the international law firm of Dechert LLP where he focused on cross-border mergers and acquisitions and corporate finance transactions. From 1999 to 2006 he practiced in the firm's London office to focus exclusively on cross-border transactions. In 2004 he was elected a partner of the firm. Some of the clients he advised included Citigroup, JP Morgan, The London Stock Exchange, Comcast Corporation, Tate & Lyle Plc and Rabobank. He worked on many ground breaking transactions including one of the first public to private transactions in Germany and the first US company conducting a Regulation S offering on the London Stock Exchange's AIM Market.

He joined the OU College of Law in 2006 and was awarded tenure in 2012. In 2013 he was selected to hold the Orpha and Maurice Merrill Endowed Professorship of Law. He was invited to be a Visiting Professor of Law at Notre Dame Law School, where he taught Business Associations and a seminar on Law, Business, Society, and Catholicism in 2014.

Institute for the American Constitutional Heritage

Institute for the Study of Human Flourishing