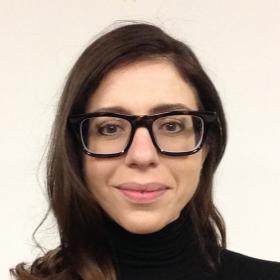 LL.M., University of Illinois at Urbana-Champaign, 2010

J.S.D. University of Illinois at Urbana-Champaign, 2015

Dr. Arlota is currently a Visiting Assistant Professor at the University of Oklahoma College of Law, where she has taught courses on Immigration Law and several international topics, including: International Energy Law, International Commercial and Investment Arbitration, International Business Transactions, Comparative Law, and European Union Law.

Dr. Arlota’s main research interests are the interplay between law and development and  international energy law, climate governance, comparative law as applied to the judiciary, and the impact of transnational business transactions on domestic courts.

In addition, she has published in renowned peer-reviewed journals, such as the Review of Law & Economics, and the European Business Law. She is a contributor to the following books: Studies on Contracts and Business: an International Perspective from the Economic Analysis of Law (Almedina, 2017), and Law and Economics: Main Authors and Cases (CRV, 2019). Her academic credentials also include being a referee for the International Review of Law and Economics, the Energy Policy, and the Journal of Law and Courts as well as an invited reviewer for Routledge Publishers.

Dr. Arlota holds an LL.M. and a J.S.D. from the University of Illinois at Urbana-Champaign. In Illinois, she was awarded the Lemann Graduate Fellowship. Dr. Arlota was also a recipient of prestigious fellowships granted by the TINKER Foundation and by the Fondation pour le Droit Continental (Université Paris II, Pantheon Assas – located in Paris, France). Her doctoral thesis, concluded in 2015, investigates the Brazilian federalism vis-à-vis the U.S. system, including relevant consequences to constitutional review.

Before moving to the United States, Dr. Arlota worked as an attorney for PETROBRAS, the Brazilian national state-owned oil company, which at the time was among the top ten largest oil companies in the world. During her tenure at PETROBRAS, Dr. Arlota's practice focused on International Commercial Arbitration. She is a member of the New York Bar as well as of the National Bar Association of Brazil.