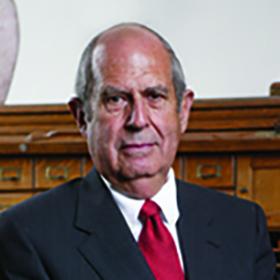 Swank began his law career in 1959 as a partner in the firm Swank & Swank of Stillwater, Oklahoma. In 1961, he was named assistant county attorney for Payne County, and in 1963, he became county attorney. Professor Swank was a Major in the United States Army serving in the 11th Airborne Division, the 101st Airborne Division and Special Forces.

He is the coauthor of Criminal Justice for the United States Postal Inspector, with R.E.L. Richardson.

Member of the American Inns of Court XXIII