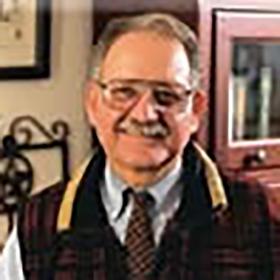 After receiving his juris doctorate in 1968, he joined a private practice in Atlanta. In 1973, he was named a fellow in law and humanities at Harvard University. He has held visiting professorships at the universities of Kansas, Illinois, and Arkansas Little Rock. During the summer terms and semester intersessions, he has taught at the University of Arkansas-Fayetteville, Oklahoma City University, the University of Texas, and Texas Tech.

Kershen is coauthor of Farm Products Financing and Filing Service, written in 1990 with J. Thomas Hardin. He has authored more than 50 other book chapters, grant reports, and law review articles.

Admitted to the Georgia Bar in 1969 (inactive) and the Oklahoma Bar in 1972, Kershen is a member of the Order of the Coif. Kershen is a past member of the Board of Directors and past president of the American Agricultural Law Association. He served as a trustee to the Rocky Mountain Mineral Law Foundation from 1991-1995. Additionally, Professor Kershen was a Fulbright Teaching Scholar to Honduras in 1999, and served as the Co-Reporter for the UCC Article 7 Revision Committee from 2000-2003.