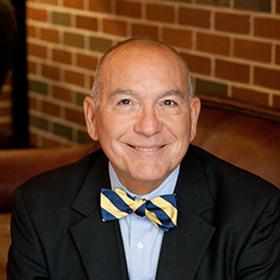 Gary Pitchlynn has spent 39 years providing advice and representation to a wide range of business clients and tribal governments, and he is particularly noted for his work and expertise in Indian Gaming Law.  A member of the Choctaw Nation of Oklahoma, he has been a major influence in the growth and development of tribal gaming in Oklahoma and around the country since the Indian Gaming Regulatory Act was first passed in 1988.

A frequent guest presenter and panelist on such topics as Federal Indian Law & Policy, Tribal Sovereignty, and Tribal Gaming Law and Regulation, he has also been published many times by legal periodicals and trade journals.

Over the years, he has recruited, employed and developed a number of law students from the American Indian Law Review staff, who have worked in his practice as law clerks or as young associates before moving on to other coveted positions.

Gary is a member of many tribal bar associations in Oklahoma and beyond.  He is licensed to practice before many tribal courts, all Federal District Courts in Oklahoma, the 10th Circuit Court of Appeals and the United States Supreme Court.