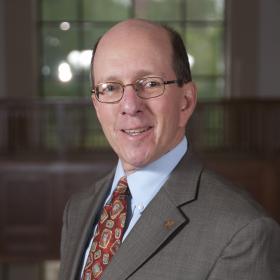 Prior to joining OU in 1985, Professor Forman was an attorney and editor of Tax Notes in Arlington, VA. He began his law career in 1978 as a law clerk for Judge Robert J. Yock of the U.S. Court of Claims in Washington, D.C.

Professor Forman is the author of Making America Work (Urban Institute Press, 2006), and he has more than 300 other publications. In addition to his many scholarly publications, Professor Forman has published op-eds in Barron's, the Dallas Morning News, the Cleveland Plain Dealer, the Washington Times, the Daily Oklahoman, Pensions & Investments, the Journal Record newspaper of Oklahoma City and Tax Notes.

Professor Forman was the Professor in Residence in the Internal Revenue Service Office of Chief Counsel for the 2009-2010 academic year, he was a founding member of the Internal Revenue Service Advisory Committee on Tax Exempt and Government Entities (2001-2003), and he was a delegate to the 1998 and 2002 National Summits on Retirement Savings. He has also testified before the U.S. Senate Finance Committee, the U.S. House Ways and Means Committee, the U.S. Department of Labor's Advisory Council on Employee Welfare and Pension Benefit Plans, and the Oklahoma Legislature. He also served as a member of the board of trustees of the Oklahoma Public Employees Retirement System (OPERS) from 2003-2011.

Supporting the Oldest Old:  The Role of Social Insurance, Pensions, and Financial Products