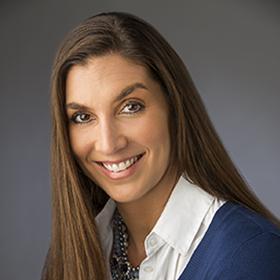 Professor Liesa Richter is William J. Alley Professor of Law and a Thomas P. Hester Presidential Professor at the University of Oklahoma College of Law. Professor Richter joined the OU Law faculty in 2001. She teaches Evidence, Civil Procedure I, Civil Procedure II, and a seminar entitled “Evidence Issues in Great Trials in History.” Her research focuses on federal evidentiary policy and rule-making and her articles have appeared in journals such as the Fordham Law Review, Wake Forest Law Review, and William & Mary Law Review. In 2009, Professor Richter was named a Thomas P. Hester Presidential Professor for her excellence in scholarship and teaching. In 2015, she was named the William J. Alley Professor of Law. She served the College as the Associate Dean of Admissions, Scholarships and Recruiting from 2007-2010 and as the Associate Dean of Faculty Scholarship and Enrichment from 2016-2017. Professor Richter was recently selected to be the Academic Consultant to the Judicial Conference Evidence Advisory Committee. She also serves on the Evidence Drafting Committee for the National Conference of Bar Examiners which drafts and reviews the evidence questions for the Multistate Bar Exam. Prior to joining the OU faculty, Professor Richter worked as a commercial litigation associate for the firm of King & Spalding, LLP and clerked for the Honorable Frank Mays Hull on the Eleventh Circuit Court of Appeals and for Judge Jack T. Camp in the Northern District of Georgia. Professor Richter graduated first in her class from the University of Florida Levin College of Law in 1995, where she served as the Notes and Comments Editor for the Florida Law Review and was selected for Order of the Coif.