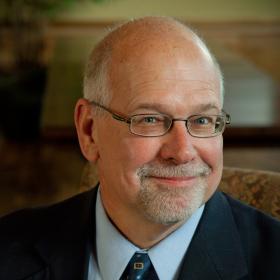 Scaperlanda is currently the Chancellor for the Archdiocese of Oklahoma City. During his nearly 30 year career at OU, he taught Comparative Common Law Practicum: Uganda, Constitutional Law, Immigration Law, Jurisprudence, and Professional Responsibility. He travels regularly to speak to student groups, professional groups, and lay groups. Topics include the foundations of constitutional government, separation of powers and the structure of the United States government, judicial hubris, executive power, federalism and subsidiarity, immigration reform, justice and immigration, and the professional formation and identity of lawyers.

In recognition of his scholarly accomplishments, Professor Scaperlanda was named the Gene and Elaine Edwards Family Chair in Law in 2000. His books include Immigration Law: A Primer, Law School Legends Audio on Immigration Law, The Journey: A Guide for the Modern Pilgrim (with María Ruiz Scaperlanda), and Recovering Self-Evident Truths: Catholic Perspectives on American Law, co-edited by OU law graduate, Professor Teresa Collett. Scaperlanda's articles have appeared in a number of journals, including the Connecticut Law Review, the Georgetown Immigration Law Journal, the Iowa Law Review, St. Thomas Law Journal, the Stanford Law and Policy Review, the Texas Law Review, the Texas Review of Law and Politics, and the Wisconsin Law Review.

Professor Scaperlanda's served as President of St. Gregory’s University and as a Scholar Participant in the Hispanic Cultural Institute of Oklahoma City and Norman. He has also served as chair of the Association of American Law School's Immigration Law Section, as chair of the Law Teacher's Section of the American Immigration Lawyers' Association, as a member of the Oklahoma Advisory Committee to the United States Commission on Civil Rights, and as a member of the Oklahoma Bar Association's Legal Ethics Committee.