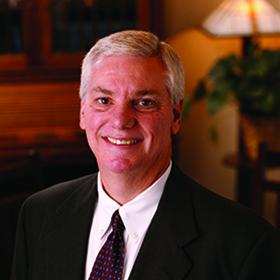 Professor William M. Tabb teaches courses in Torts, Law and Literature, Environmental law and Remedies. He holds the Judge Fred A. Daugherty Chair in Law and was named the David Ross Boyd Professor at the University of Oklahoma in 2009. He served as Associate Dean of Student Affairs at the OU College of Law from 1998-2003 and Associate Dean of Academics from 2006-2009.

Professor Tabb taught at the University of Illinois College of Law and Baylor University School of Law prior to joining the University of Oklahoma law faculty in 1991. Admitted to the Texas Bar, he is a member of the Order of the Coif, Omicron Delta Kappa, Christian Legal Society, American Bar Association, and Who's Who in American Law.

Professor of the Year, University of Oklahoma College of Law

Phillips Award for Teaching and Scholarship

Who's Who in American Law