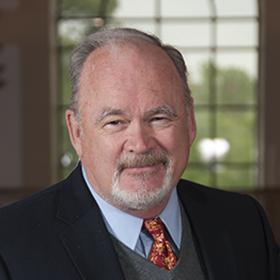 Rick Tepker is the first member of the OU law faculty to appear, argue and win a case before the United States Supreme Court. In 1987, the Court appointed Tepker as counsel for petitioner, an indigent juvenile sentenced to death. Thompson v. Oklahoma, 487 U.S. 815 (1988). It was the first case in which an American court overturned a death sentence on constitutional grounds because the condemned was too young at the time of the crime.

Professor Tepker has had a wide range of university and professional service, including: chair of the university Faculty Senate; two-time chair of the campus Tenure Committee; secretary for the American Bar Association Section on Labor and Employment Law; historian of the Tenth Circuit Historical Society; and professor-in-residence for the U.S. Equal Employment Opportunity Commission. During his tenure with the EEOC, he represented the agency in U.S. Supreme Court cases concerning university academic freedom in Title VII cases (Univ. of Pennsylvania v. EEOC, 493 U.S. 182 (1990)) and pension benefit plans under the federal age discrimination statute (Public Employee Retirement System v. Betts, 492 U.S. 158 (1989)).

Tepker is author of many law review articles and has earned numerous university teaching awards, including the University of Oklahoma Regents Award for Superior Teaching and the Merrick Foundation Award. In September 1998, the Regents of The University of Oklahoma named Professor Tepker as the first Calvert Chair of Law and Liberty. He teaches courses in the areas of constitutional law, employment law and equal employment opportunity.

Professor Tepker is a 1973 graduate of Claremont Men's College. He earned his law degree in 1976 from Duke University. He is a member of the Order of the Coif, Phi Beta Kappa, and the American Bar Association. Prior to joining the OU faculty, he practiced law for five years, specializing in labor and employment issues, as an associate with the Los Angeles firm of Gibson, Dunn & Crutcher.