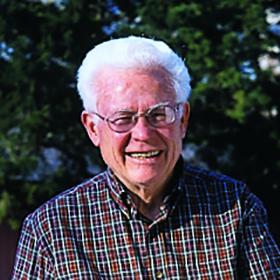 A member of the Oklahoma House of Representatives from 1958 to 1960 and special counsel to the governor, Professor Robert E. L. Richardson joined the OU faculty in 1964. He retired from the University at the end of the 2003 Spring Semester.

His teaching subjects include counseling and interviewing, criminal law, criminal procedure, law and psychiatry, and legislation.

Professor Richardson served as assistant dean of the College of Law from 1964 to 1970 and as director of the Oklahoma Center for Criminal Justice from 1971 to 1989. He also served as the Associate Dean for External Affairs from 1996 to 1998. Prior to his OU appointment, Richardson was in private practice in Weatherford, Oklahoma.

He is coauthor of Criminal Justice for United States Postal Inspectors and Oklahoma Felony Sentencing Practices. He is the editor of Oklahoma Uniform Jury Instructions.