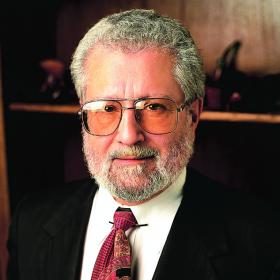 Robert G. Spector is the Glenn R. Watson Chair and Centennial Professor of Law. He teaches courses on Family Law, Children and the Law, Conflict of Laws, Evidence, and Child Abuse and Neglect. He received his Juris Doctor degree from the University of Wisconsin in 1966.

Professor Spector writes and lectures extensively on family law topics. He received the Chair's Award from the Oklahoma Bar Association's Family Law Section in 1994 and 1997 for significant contributions to the development of family law and in 1990 was named the Outstanding Family Law Attorney. He has also received the Earl Sneed Award for significant contributions to Continuing Legal Education by the Oklahoma Bar Association in 1991.

Reporter for the Uniform Child Custody Jurisdiction and Enforcement Act

Member of the American Law Institute