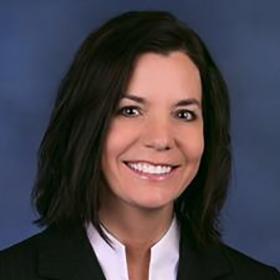 Stephanie R. Timmermeyer joined the University of Oklahoma College of Law as an Adjunct professor in 2016, teaching Federal, State, and Indian Lands. She serves as the Vice President – Environment, Health & Safety (EHS) for Williams. She previously served as Vice President – EHS for Access Midstream. Prior to joining Access, Ms. Timmermeyer worked for Chesapeake Energy Corporation as the Director of Federal Regulatory Affairs.

Earlier in her career, she was director of the Division of Air Quality for the West Virginia Department for Environmental Protection where she was also appointed to two terms as Cabinet Secretary. Ms. Timmermeyer worked as an attorney in Charleston, West Virginia, after earning her law degree from the West Virginia University College of Law. She was a member of Order of the Coif and the West Virginia Law Review where she served as Senior Editor of the National Coal Issue in Spring 2001.