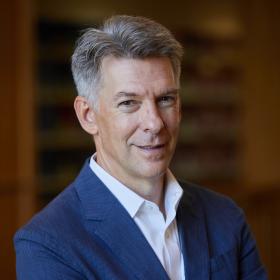 Professor Steven S. Gensler joined the OU law faculty in 2000 after serving two years as a Visiting Assistant Professor at the University of Illinois College of Law. During 2003-04, Professor Gensler was the Supreme Court Fellow at the Administrative Office of the United States Courts.

Professor Gensler is the author of Federal Rules of Civil Procedure: Rules and Commentary (West) and a wide range of articles on federal practice and procedure.

Professor Gensler began his legal career as a law clerk to the Honorable Deannell Reece Tacha on the United States Court of Appeals for the Tenth Circuit (1992-93) and to the Honorable Kathryn H. Vratil on the United States District Court for the District of Kansas (1993-94). He then worked as a litigation associate in Milwaukee, Wisconsin for four years, most recently with Michael, Best & Friedrich, LLP.