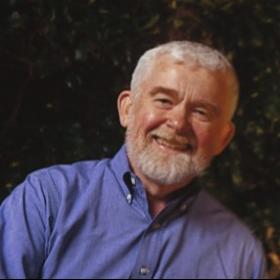 Professor William J. McNichols joined the OU faculty in 1968, and taught such courses as constitutional law, jurisprudence, law and medicine, products liability, and torts. Professor McNichols retired from full-time faculty status in 2008, but plans to offer seminars in bioethics and product liability.

From 1966 to 1968, McNichols was in private practice with the Rochester, New York firm of Harris, Beach, Wilcox, Dale & Linowitze. Prior to that, he served as an instructor in the Procurement Law Division of U.S. Army Judge Advocate General's School.

He is the author of numerous articles, including Should Comparative Responsibility Ever Apply to Intentional Torts, published in the Oklahoma Law Review in 1984, and coauthor of Oklahoma's New 'Living Will' Law - the Rights of the Terminally Ill or Persistently Unconscious Act, published in 1992 in the Oklahoma Bar Association Journal.

Should Comparative Responsibility Ever Apply to Intentional Torts

Member of the American Society of Law and Medicine