OU Law is committed to creating a strong, inclusive community. The Admissions Team is here to help you on your journey to law school. Please reach out to us if you have any questions.

Click here to schedule a tour of OU Law. 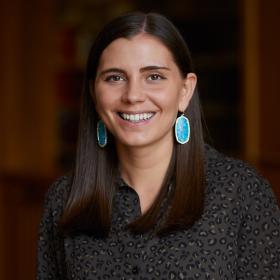 While in law school, Maddie was involved in many clubs and organizations, including serving on the Board of Advocates as the 1L Moot Court Director, as the Student Bar Association’s Vice President of Special Events, and as a mentor for 1Ls during her second and third year. Upon graduation, she was awarded the Joseph F. Rarick “Just Desserts” Award, voted on by her peers, for being the student who contributed the most to making the OU College of Law a more beneficial place. She is currently a member of the Oklahoma Bar Association.

What is your favorite thing about OU Law?

My favorite thing about OU Law is how it really is one big family. While it might sound cliche, OU Law truly is unlike any other law school out there. Professors know not only your name but who you are as a person which gives them the ability to invest their time into you in an individualized way. There are also many different ways to get involved and meet people on and off campus. For example, there are about 40 different student organizations. They will put on a mulititude of events including tailgates (Boomer Sooner!) before football games, student appreciation weeks, HalLAWeen parties, Law Prom, and intramurals. Law school is already stressful enough so it's amazing to see how much time and effort goes into making sure that everyone becomes part of the OU Law community! 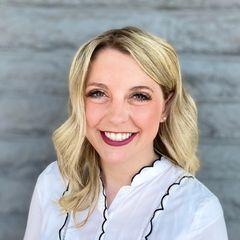 Ally Dummer joined the Oklahoma College of Law as Senior Admissions/Recruitment Coordinator in September of 2021. Ally moved to Oklahoma with her husband in August of 2021 to support him as he began law school at OU. Born and raised in Utah, Ally graduated with her bachelor's degree in Communication Studies from Utah Tech University in St. George, Utah. While attending undergrad, Ally represented the face of Utah Tech as a Student Ambassador. As a Student Ambassador, she traveled to various high schools and participated in college fairs throughout Utah and Nevada to recruit, present, and serve as a resource guide on the university's behalf. Ally loves helping students discover opportunities that higher education has to offer. Prior to her new role, Ally worked as a Real Estate Agent in Utah.

OU Law is a special place to my husband and I. When he was applying to law school, we did a lot of research, and soon discovered that OU Law provides an excellent hands-on approach to learning that bolsters success and creates a family like community. From high bar passage rates to professors who know you by name. OU Law quickly became a great fit for our family.