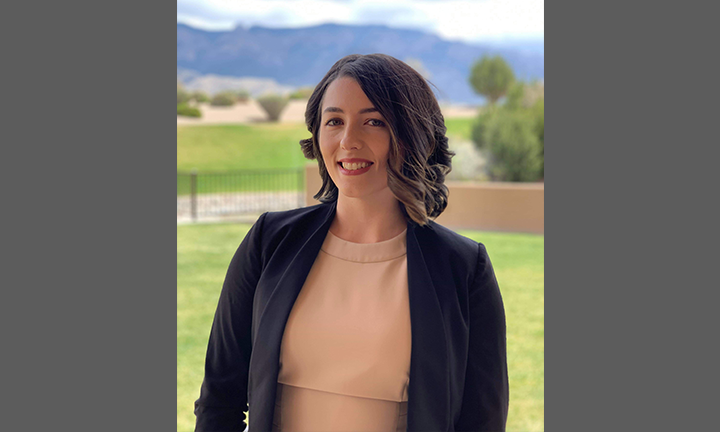 NNALSA was founded in 1970 to support law students who are interested in the study of Federal Indian Law, Tribal Law, and traditional forms of governance. The organization strives to increase the Native American law student population and promote indigenous legal issues that affect Native communities.

Wilson-Burns said her priority as Area 3 Representative will be increasing communication between NALSA chapters nationwide and working to revitalize inactive chapters.

She also emphasized the importance of OU Law maintaining its nationally recognized reputation as a leader in Native American legal studies.

“Since Oklahoma is home to 39 tribes, it is important that we remain a big name in Native American law to keep the Native population interested in attending law school here in Oklahoma,” she said.

Wilson-Burns credits her OU Law professors for preparing her to serve on the national board.

“Professor Taiawagi Helton has taught me so much about the law, policies, and practical implications of Native American policies in his Federal Indian Law and Environmental Law classes,” she said. “I also have learned a lot about modern issues facing tribes from Professor Michael Smith in his Tribal Courts seminar and about the Indian Gaming Regulatory Act from Professor Gary Pitchlynn. All of these professors have shown be different viewpoints on tribal issues and given insight on ways to go forward since so many changes still need to be made in the Native American community.”

A citizen of the Chickasaw Nation of Oklahoma, Wilson-Burns will serve as president of the OU Law NALSA chapter during the 2019-2020 academic year. As part of her studies, she is also pursuing a certificate in American Indian Law.

One of OU Law’s longstanding areas of expertise is in American Indian and Indigenous Peoples Law. Led by world-class faculty members and located in the heart of the original Indian Territory, OU Law provides an ideal environment for this area of study.

• J.D. Certificate in American Indian Law
• LL.M. in Indigenous Peoples Law (fully online)
• Master of Legal Studies in Indigenous Peoples Law (fully online)
• Dual Juris Doctor/Master of Arts in Native American Studies degree
• For the past 15 years, OU Law has had the highest average enrollment of American Indian students of any law school in the nation.
• Founded in 1973, the American Indian Law Review is published twice a year. The Review also hosts ones of the nation’s largest symposia on Native American Law.
• Home to the Center for the Study of American Indian Law and Policy
• OU Law’s Donald E. Pray Law Library holds the Strickland Collection of Native Peoples Law, one of the country’s largest collections of legal, historical, and government materials relating to Native Peoples.