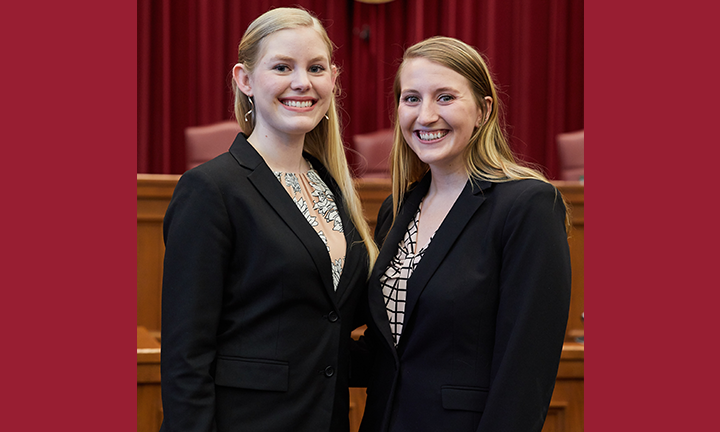 For the past three and a half weeks, all first-year students at OU Law participated in the 1L Moot Court Competition. Each round took place in various court rooms, conference rooms and classrooms throughout Coats Hall. The annual competition is organized by the OU Law Board of Advocates and sponsored by Whitten Burrage.

Congratulations to this year’s winners, Alexandria Smith and Jordan Stroh! And job well done to the other final team of Morgan Vastag and Sam Endicott.

The students argued a case involving Jones, a citizen of a state that has passed a strict concealed-carry permit law. Jones claims the law violates his Second Amendment rights. Also, Jones is attempting to sue the city for releasing his personal information without his consent. The city claims Jones has not suffered any damages from the release of information, and is therefore not eligible to bring suit.