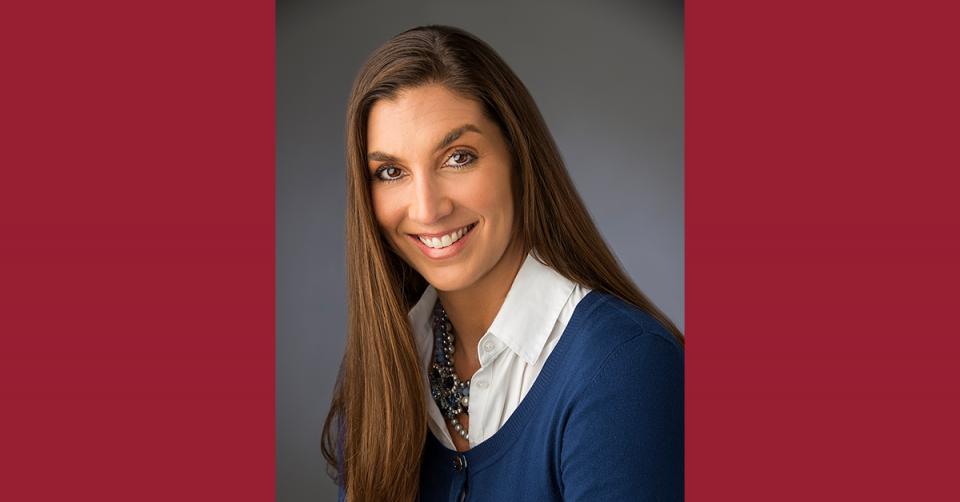 NORMAN — Liesa Richter, associate dean for academics at the University of Oklahoma College of Law, William J. Alley Professor of Law and Thomas P. Hester Presidential Professor of Law, was awarded the George Lynn Cross Research Professorship, the University’s highest research and creative activity honor, which recognizes “a faculty member who has demonstrated outstanding leadership over a period of years in his or her field of learning or creative activity.”

The award was announced Wednesday, April 22 through the office of the Senior Vice President and Provost’s Academic Bulletin. More information can be found on the Norman Campus Faculty Tribute Awards webpage.

“Dean Richter’s scholarship and academic contributions are of the highest caliber,” said OU Law Interim Dean Katheleen Guzman. “Our institution and our students benefit immensely from her proficiency in and continued study of federal evidentiary policy and rule-making. She engages conversations and influences policy at the national level while bringing matters right back home into her scholarship and her classroom throughout. What a well-deserved honor this is.”

The George Lynn Cross Research Professorship is awarded for a continuous term until retirement or separation from the University. According to the selection criteria, the George Lynn Cross Research Professor contributes significantly to their field through research and creative activity and is widely recognized by peers and leaders in their industry for their impactful contributions.

Richter joined the OU Law faculty in 2001, where she teaches courses in evidence, civil procedure and a seminar titled “Evidence Issues in Great Trials in History.” Her research focuses on federal evidentiary policy and rule-making and her articles have appeared in such journals as the Columbia Law Review, Boston University Law Review and William & Mary Law Review.

Richter was selected to be the academic consultant to the Judicial Conference Evidence Advisory Committee. She also serves on the Evidence Drafting Committee for the National Conference of Bar Examiners, which drafts and reviews the evidence questions for the Multistate Bar Exam and was elected as a member of the American Law Institute in 2017.

Prior to joining the OU faculty, Richter worked as a commercial litigation associate for the firm of King & Spalding LLP and clerked for the Honorable Frank Mays Hull on the Eleventh Circuit Court of Appeals and for Judge Jack T. Camp in the Northern District of Georgia.

Richter graduated first in her class from the University of Florida Levin College of Law in 1995, where she served as the Notes and Comments editor for the Florida Law Review and was selected for Order of the Coif.