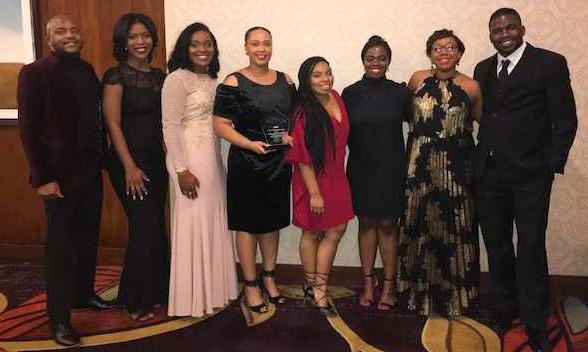 For the fifth year in a row, OU Law’s Black Law Student Association (BLSA) Chapter has been honored by the national organization with the Regional Small Chapter of the Year Award.

The award was presented last month at the Southwestern Region of the National Black Law Students Association’s annual convention.

To be eligible for the Small Chapter Award, a chapter must be less than 20 paid members. Among the many factors associated with winning the award, the winning chapter must demonstrate excellence in social-political awareness, community service, education and career development.

The OU Law chapter, named in honor of alumna Ada Lois Sipuel Fisher, competes in the NBLSA’s Southwestern Region, which is composed of chapters from Arkansas, Louisiana, Texas and Oklahoma.

The recognition makes the Ada Lois Sipuel Fisher Chapter eligible for the title of National Small Chapter of the Year, which will be announced at the 50th NBLSA National Convention in March in Brooklyn, New York.