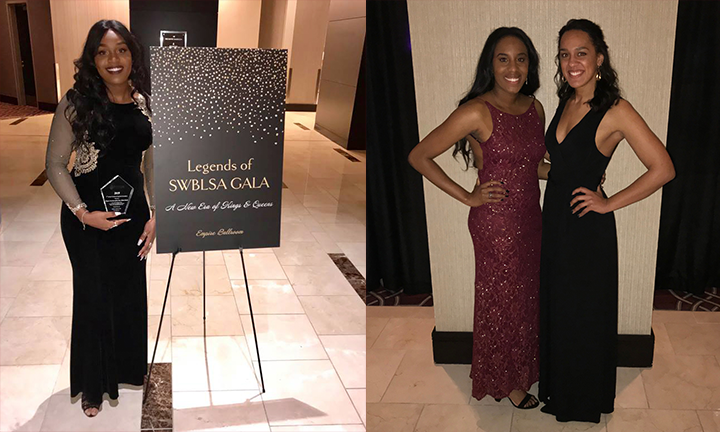 Micah Mahdi (left) was named SWBLSA Chapter President of the Year, and Chanel Glasper (center) was elected Regional Secretary for 2019-2020.

During the convention, 12 students from OU Law attended plenary sessions to conduct official business for the region and to elect the new board. Students also heard from several panels of attorneys who provided career advice, and they attended a networking reception at the Supreme Court of Louisiana. 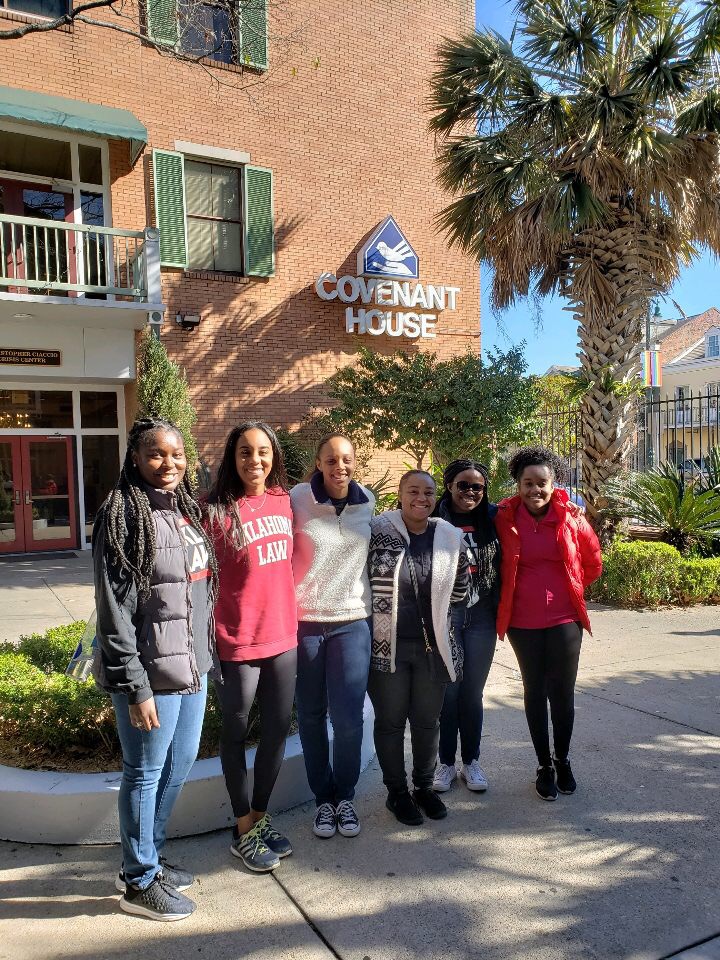 Students also took part in a community service event to beautify the grounds at Covenant House, which provides housing and supportive services to youth facing homelessness. The convention concluded with the Legends of SWBLSA Gala, where Mahdi and Glasper received their honors.