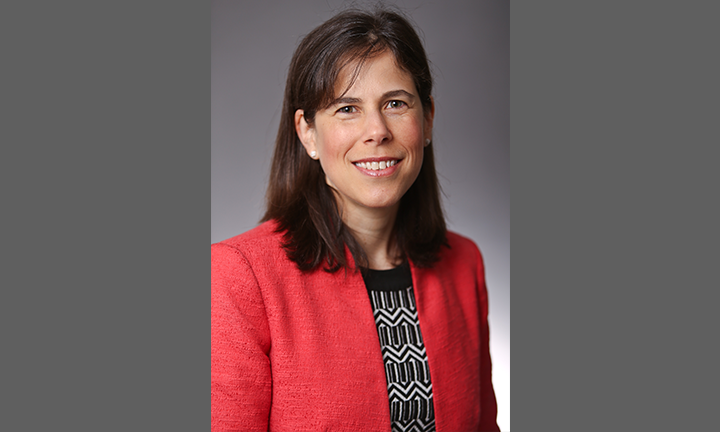 NORMAN — Civil liberties expert Rachel Levinson-Waldman will present “Could Your Instagram Feed Land You in Jail? How the Police Use Social Media for Surveillance and Monitoring – and Who the Prime Targets Are” at the 2018 Henry Lecture Series, set for noon Monday, Oct. 15, in the Kerr Student Lounge at the University of Oklahoma College of Law.

“The annual Henry Lecture Series brings the brightest legal scholars and talent in the nation to OU Law,” said OU College of Law Dean Joseph Harroz Jr. “Rachel Levinson-Waldman’s knowledge on how technology is transforming the practice of policing and surveillance – and how that impacts civil liberties – will undoubtedly be of interest and importance to our students.”

Levinson-Waldman serves as senior counsel to the Brennan Center’s Liberty and National Security Program, which seeks to advance effective national security policies that respect constitutional values and the rule of law. She is active on issues related to policing and technology, including providing commentary on law enforcement access to social media, predictive policing, body cameras, license plate readers and other types of surveillance technologies deployed in public, as well as the federal government’s use of surveillance technologies and information collection in the immigration context.

Her recent publications include an essay in the Howard Law Journal on law enforcement use of social media for monitoring and surveillance and an article in the Emory Law Review on the intersection of the Fourth Amendment and a range of surveillance technologies.

Levinson-Waldman regularly comments for television, radio and print on issues relating to national security, privacy and surveillance. Her writing has been featured in publications including The Washington Post, Bloomberg View, The New Republic, Wired, The Atlantic, The Daily Beast, U.S. News & World Report and Salon.com, and she has been interviewed for Al Jazeera, Nerding Out, KUOW Public Radio and Let Your Voice Be Heard, among others.

Prior to joining the Brennan Center, Levinson-Waldman served as counsel to the American Association of University Professors, focusing on matters related to academic freedom and the First Amendment. Previously, she served as a trial attorney in the Civil Rights Division of the Department of Justice. She is a graduate of Williams College and the University of Chicago Law School, and clerked for Judge M. Margaret McKeown of the 9th U.S. Circuit Court of Appeals.

The Henry Lecture Series was initiated in 2000 to inspire and educate future generations of scholars, lawyers and public servants. Five members of the Henry family graduated from the OU College of Law: Judge Lloyd H. Henry and his sons, Judge L. Wayne Henry and former Oklahoma City University President Robert H. Henry, and Judge Charles T. Henry and his son, Brad Henry, governor of Oklahoma from 2003 to 2011.

Limited seating for the lecture is available by reservation for OU students, faculty and staff, and the public. For reservations, more information and accommodations, please call the OU College of Law at (405) 325-7479 or email lawevents@ou.edu.

Founded in 1909, the OU College of Law is Oklahoma’s premier law school. OU Law offers small sections and class sizes that encourage a strong sense of community; accomplished faculty with international expertise; and a state-of-the-art facility equipped with the latest technology. The OU College of Law is the academic home of more than 800 students enrolled in the juris doctor program, the John B. Turner Master of Laws Program, the master of legal studies program and various dual degree programs. For more information about OU Law, visit law.ou.edu.