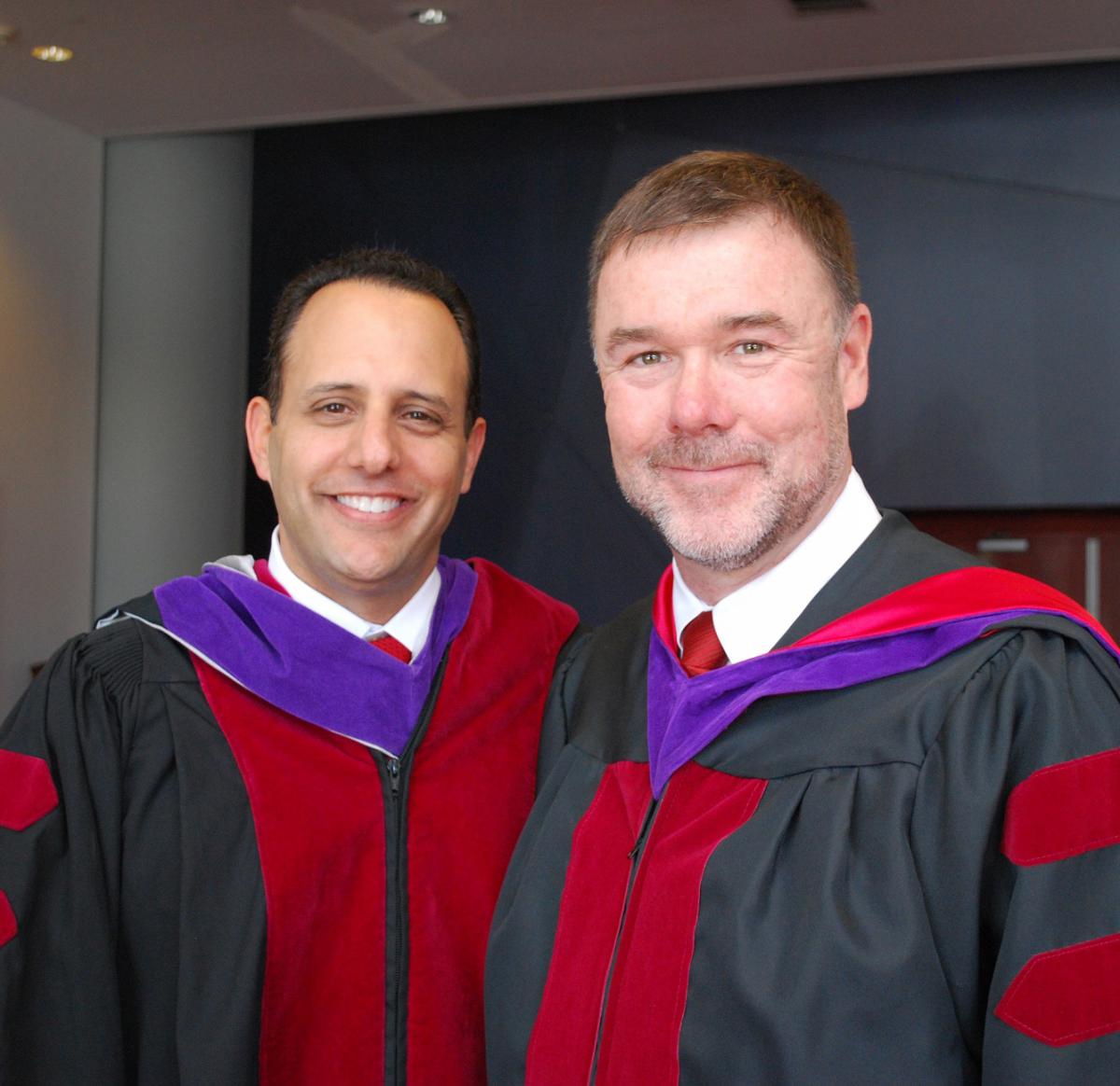 Serving as the keynote speaker for the convocation was 1985 OU Law alumnus Jerry Stritzke, current President and Chief Operating Officer of Coach, Inc.  Following graduation from OU Law, Stritzke practiced law with Best, Sharp, Sheridan and Stritzke earning partnership status at only 28 years old.  He opened Stritzke Law Office in 1992, and soon thereafter began working with the retail consulting firm, Webb and Shirley. In 1999, Stritzke was hired by Limited Brands and in less than a year, he was asked to serve as the Chief Executive Officer of MAST Industries, one of the world’s largest contract manufacturers, importers, and distributors of apparel. From 1999 through August 2007, Stritzke held several executive positions with Limited Brands Inc., ultimately serving as the Chief Operating Officer and co-leader of Victoria’s Secret, including Victoria’s Secret Stores, Victoria’s Secret Direct, Victoria’s Secret Beauty and Pink.  In 2008, Stritzke joined Coach and serves as the retail conglomerate’s President and Chief Operating Officer.

In his address, Stritzke shared  his experiences, including  how his time at OU Law helped shape his career.  Similarly, he expressed how valuable the OU Law degree will be to the graduates, regardless of their specific career path. “The analytical skills and ability to understand context I learned while at OU Law governed me throughout my professional life and directly contributed to my successes.” Stritzke offered that this graduating OU Law class had future legislators, governors, trial lawyers, and business executives sitting in their midst, and he  urged the OU law graduates to work diligently to accomplish their dreams and to seek to touch the lives of others in a significant and meaningful way.  “I want to leave you all with an important challenge,” Stritzke said, “Go out and change the world.

“It was a tremendous honor to have Mr. Stritzke as our featured Convocation speaker,” said OU Law Dean Joe Harroz.  “His incredible career progression, leadership and vision in the retail industry are nothing short of remarkable.  Jerry is a true testament to the value of the OU Law degree not only in the practice of law, but also in the corporate world.”

About the University of Oklahoma College of Law

Founded in 1909, the University of Oklahoma College of Law is Oklahoma’s premier law school and the highest ranked law school in the state by US News & World Report. OU Law is also nationally recognized as “Best Value” law school (top 15) and “Best Law School” (top 15 percent) by National Jurist magazine. OU Law has small sections and class sizes that encourage a strong sense of community, accomplished faculty with international expertise and a state-of-the-art facility featuring study rooms, court rooms and classrooms equipped with the latest technology. As Oklahoma’s only public law school, OU Law is the academic home of more than 500 students enrolled in the juris doctor program, the John B. Turner Master of Laws program, the master of legal studies program, and various dual degree programs.