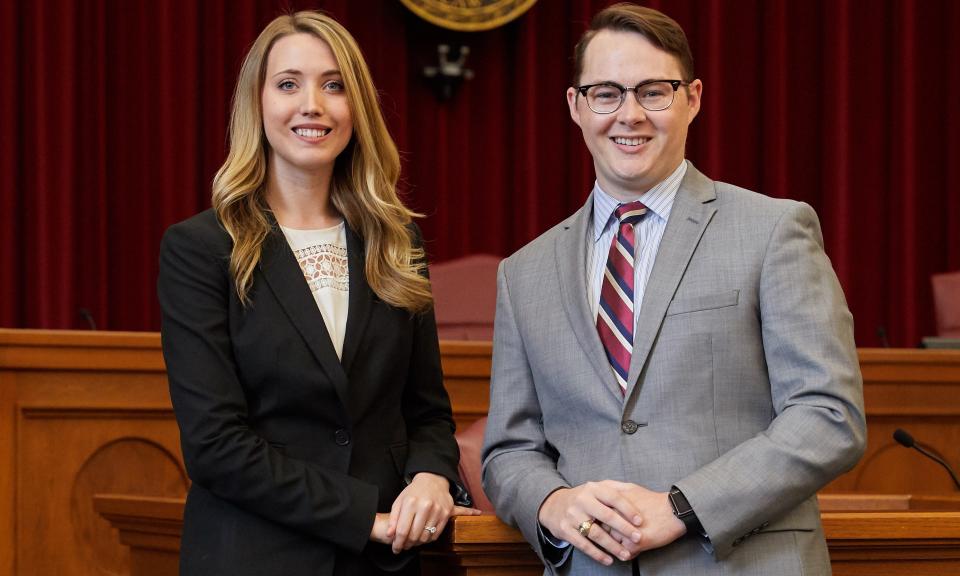 This week, 36 OU Law students participated in the Calvert Moot Court Competition. Competitors included 2L and 3L students who researched a case currently before the Supreme Court (Masterpiece Cakeshop v. Colorado) and presented oral arguments before tournament judges. The case centers on whether creative businesses can refuse service due to First Amendment rights of free speech and free exercise of religion in light of public accommodation laws, in particular, by refusing to provide creative services – such as a custom wedding cake – for same-sex marriage ceremonies on the basis of one's religious beliefs.

The annual competition is sponsored by the OU Law Board of Advocates and the Floyd and Irma Calvert Fund for Law and Liberty. The competition stretched throughout the week and took place in various court rooms, conference rooms, and classrooms throughout Coats Hall.

Congratulations to this year’s winners, 3Ls Connor Bourland and Kellie Laughlin! And job well done to the other final round team of Taylor Ledford and Joya Rutland (both 2Ls). Congratulations also to Eleanor Burg (3L) for being awarded the title of Best Individual Speaker.