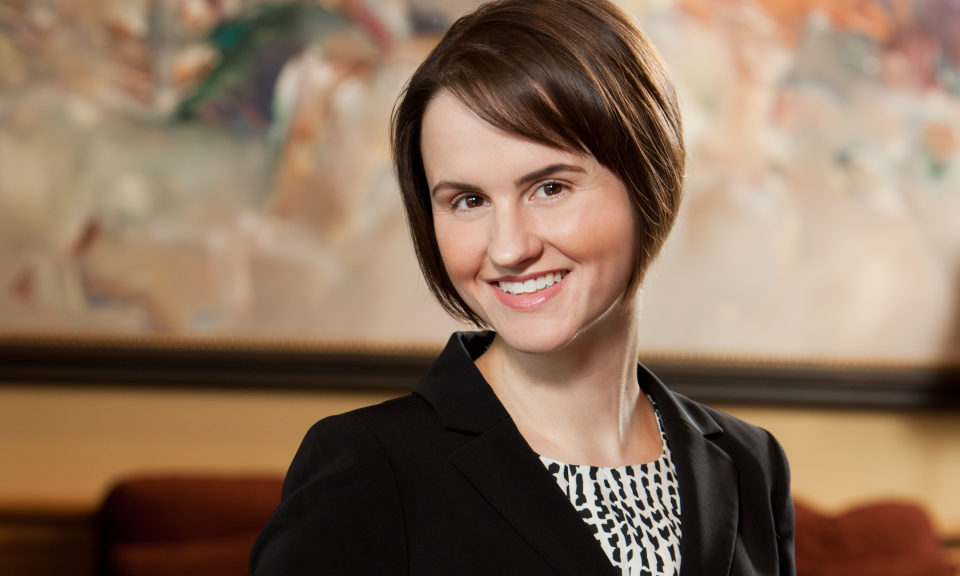 In Curver Luxembourg, Sarl v. Home Expressions Inc., the Federal Circuit quoted Burstein’s article, which argues that particular designs — even those that are patented — should remain free to be adapted to different types of products.

In its opinion, the Federal Circuit affirmed the dismissal of a design patent lawsuit that household products maker Curver Luxembourg SARL brought against Home Expressions over storage baskets. Curver’s suit alleged that Home Expressions made and sold baskets that incorporated Curver’s claimed design pattern and infringed its 946 patent, titled “Pattern for a Chair,” which claims an “ornamental design for a pattern for a chair” with an overlapping “Y” design.

The Federal Circuit affirmed the opinion of the U.S. District Court for the District of New Jersey, which held that claim language specifying a particular article of manufacture (a chair) limits the scope of the design patent in cases where “the claim language supplies the only instance of an article of manufacture that appears nowhere in the figures.”

The court suggested that the limit is also good policy, citing Burstein’s work on the subject (see below). 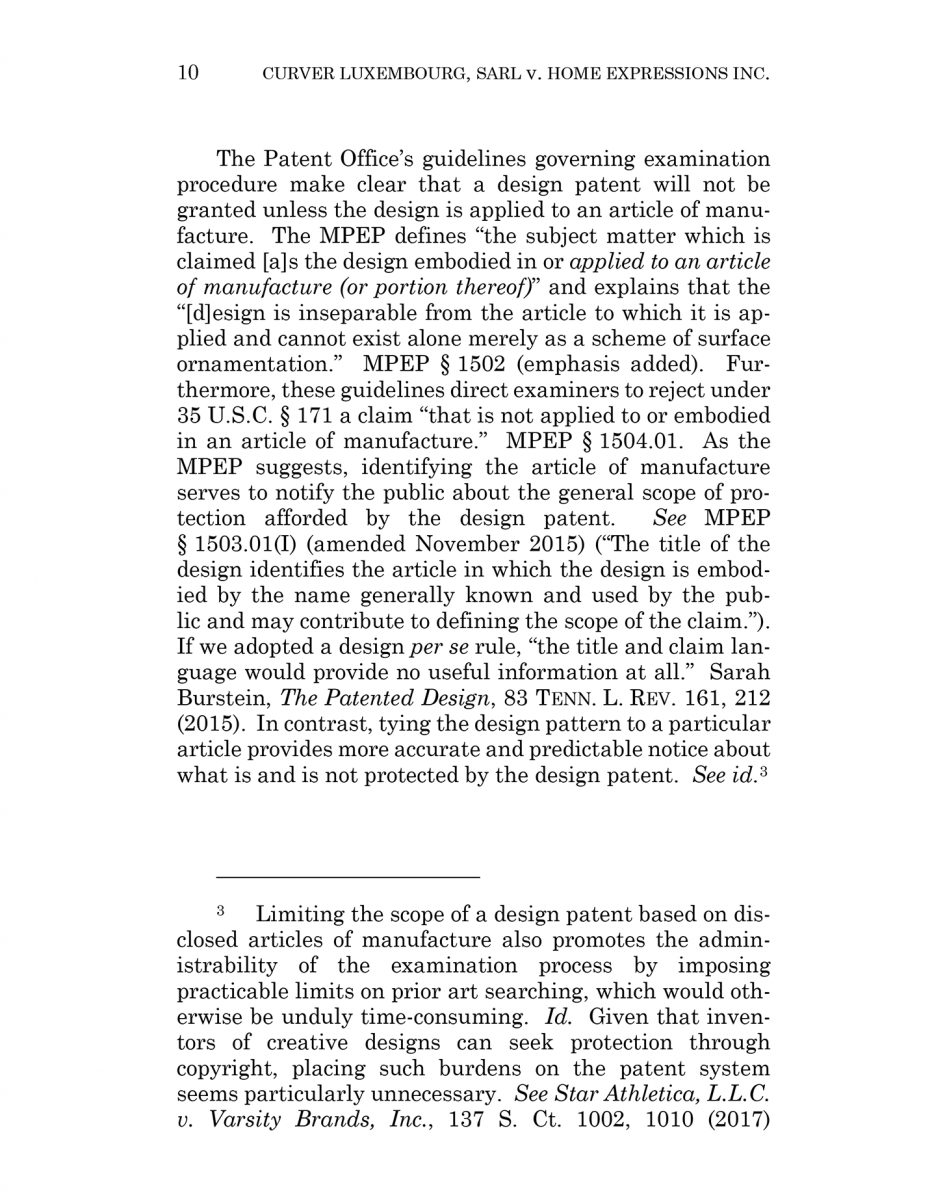