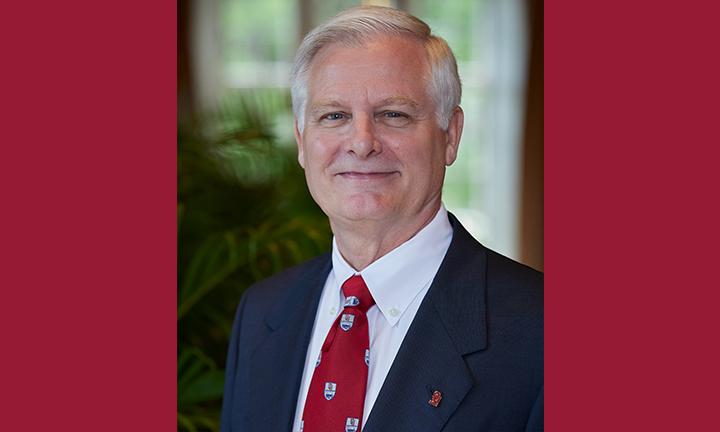 Today marks OU Law alumnus James L. Gallogly’s first official day as president of the University of Oklahoma. Gallogly, who graduated from OU Law in 1977, was announced as the university’s 14th president on March 26.

He succeeds 1968 OU Law alumnus David L. Boren, who served as president of OU for over 23 years.

Gallogly is the first-ever CEO from a Fortune500 company to lead the university. He has a distinguished track record in running large, complex organizations and is known as someone who invests in mentoring, inspiring and teaching teams to achieve exceptional results.

Gallogly is a former chairman and chief executive officer of LyondellBasell, which he guided out of bankruptcy and successfully repositioned as one of the world’s largest petrochemical, polymers and refining companies. He also served for 29 years in executive roles with ConocoPhillips, Chevron Phillips Chemical Company and Phillips Petroleum Company. His career in the energy business began in northeastern Oklahoma with Phillips in 1980. Prior to that, he practiced law with a private firm in Denver.

Throughout his career, Gallogly has been a steadfast supporter of OU Law. For the last three years, the Gallogly Family Foundation Public Interest Fellowship Program has provided recent OU Law graduates the opportunity to pursue careers in public interest work. In 2016, he was inducted into the college’s Order of the Owl Hall of Fame in recognition of his leadership and service through outstanding career accomplishments.