Get a Grip on Your Student Loans – NOW! 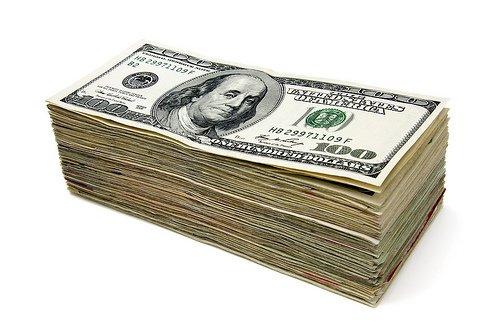 On Monday, January 23, 2012, nationally recognized student loan expert Heather Jarvis will present a webinar in the Bell Courtroom from 4:00-5:15 p.m.   For those who cannot attend in person, we will have a remote log-in for a limited number of OU students and alumni.  Please RSVP on Symplicity so we have a rough idea of the number in physical attendance, and contact OPCD as soon as possible to secure a space for remote access.

I have never met Heather Jarvis, but I have heard of her fabulous work for years.  She graduated from Duke University Law School in 1998, owing $125,000 in student loans and then realized she faced 30 years of $1200 in monthly payments.  After practicing criminal defense and public interest law for 12 years, Heather then worked 6 years for Equal Justice Works where she became a student loan expert dedicated to lowering the barriers to practice public interest law and other lower-paid work.  She was deeply involved in efforts to draft and enact the College Cost Reduction and Access Act of 2007, signed by President George W. Bush on Sept. 27, 2007.  She remains involved, helping to pass a technical amendment that improves the treatment of married borrowers, advising Congressional committee members charged with promulgating regulations, and contributing to the development of forms and procedures.  Simply put, the Act provides for lower monthly payments and federal loan forgiveness for those who qualify for Inco e Based Repayment (IBR) or Public Service Loan Forgiveness (PSLF).  Because the law does not depend on repeat Congressional funding , the Act promises debt relief for millions of U.S. college and graduate students who must depend on federal student loans to finance their education.

Last year, Heather and I arranged for her to “appear” to my Lawyering in the 21st Century class using modern technology.  An early snow day forced us to reschedule for April.  In the meantime, she left Equal Justice Works to form a private consulting company to work with schools with high debt students.  Because of her renowned expertise, her business took off immediately.  On the appointed day she was stuck at LaGuardia Airport and rescheduled flight would have her inflight during the class.  Instead, she rebooked to land before class started.  With the marvels of modern technology and OU’s amazing IT department, she began presenting her slide show while the plane was on the tarmac   with engines still running, only pausing later to pick up her suitcase! I can only imagine the strange looks given her by fellow passengers.   Her presentation was superb and very helpful to the students.

When I contacted her in December hoping to schedule a campus visit this spring, she was fully booked but agreed to a webinar because she holds a special place in her heart for the University of Oklahoma.  Her husband received his undergraduate degree and is a devoted Sooner fan.  We hope next fall to have them visit – when a good home game is scheduled!
The University of Oklahoma College of Law has worked hard to keep tuition affordable so that our graduates’ futures are not mortgaged by heavy educational debt.  The National Jurist magazine includes us in the list of “Best Value” schools, among 20 receiving the second highest grade of A-.  Still, many OU Law students must take out at least one student loan to pay for law school.  For students who do not come from wealthier backgrounds, that amount can weigh heavily on their career choices.

All current and recent graduates of the College of Law with any amount of federal loan debt are encouraged to attend this important event on January 23.  The messages conveyed need to be heard early and often!