In Her Own Words: Rebeca West's Trip to Asuncion, Paraguay with the International Human Rights Clinic 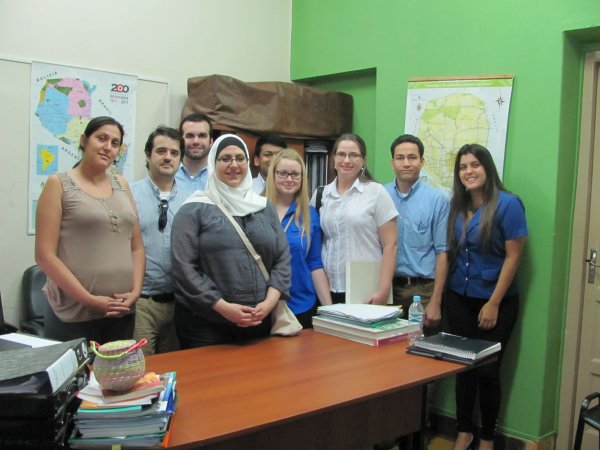 Twenty-three hours after we left 30-degree weather in Oklahoma City, the 97- degree temperatures in Asuncion, Paraguay, felt more like 140 degrees when it hit our tired faces. Like most of my co-travelers, I had failed miserably at the art of sleeping in the conservatively spaced airplane and I was running on little sleep. However, no amount of sleep deprivation was going to extinguish my excitement for finally returning to Asuncion. Twenty-six years before, my parents had been missionaries in the same city.  It was there where I was born. On many occasions, I considered the possibility of returning and helping the people whom my parents had dedicated three years of their lives to. The International Human Rights Clinic at the University of Oklahoma College of Law helped make that dream a reality.  I already knew I wanted to pursue a career in international human rights but being able to start at the place I was born is particularly meaningful. 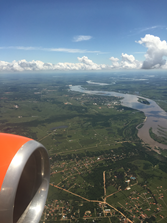 I, along with four other OU Law students and one professor, spent a week in Paraguay in January.  We met with various organizations, including: Department of Ethnic Rights; Paraguayan Institute of Indigenous Affairs; Supreme Court of Justice, Department of Human Rights; Secretariat of Linguistic Policy; Minister of Foreign Affairs, Department of Human Rights; and the Federation for the Autonomy of Indigenous Peoples. At each meeting, we listened to the organization’s goals and had an opportunity to question them about what the government had done for the indigenous communities. 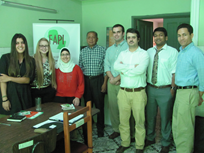 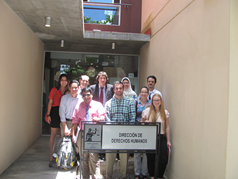 But it wasn’t all work. Throughout our weeklong stay, we consumed more beef than we would like to admit, and enjoyed the typical Paraguayan fruits, desserts, and breads. We crammed an illegal amount of people into a taxicab and learned that there are literally no traffic rules on their streets. We also learned that although Paraguay does have its many struggles, there are many good people working diligently on the inside to improve their human rights situations.

On our last scheduled day, we had the opportunity to visit an indigenous community five hours outside of the capital. This community had been involved in a recently settled dispute with the government over land and we were eager to hear their side of the story. We arrived at their humble village to witness what we already knew we would find: They lived without any of the first-world, modern conveniences and luxuries we have all grown accustomed to, and perhaps, taken advantage of. Their welcoming leader gave us a tour of their community.  As we walked towards a structure that seemed to house their gatherings, people from all over the community began to migrate in our direction. They did not have any idea who we were or what we were doing, but they came and silently sat near us as their children played amongst themselves. Through the use of translators, we asked them about their water conditions, their education systems, and their access to healthcare. For the most part, the leader offered answers in the Paraguayan language Guarani, but would occasionally switch between that and Spanish. Some of the women spoke up as the leader told us about the issues the community has had with alcohol, making it clear to us that it was a topic that elicited much passion.

One particular woman caught my eye. Her skin was leathered by the Paraguayan sun and the meeting had captivated her attention. She seemed to listen intently and I wondered what her life must have been like. I tried to ask her in Spanish if I could take a picture with her, but she did not speak Spanish or Guarani, just her community’s native language. Despite our inability to verbally communicate, our hand signals must have been sufficient because she posed stoically with a slight smile for our cameras. I thanked her and gave her a hug but there is so much more I wish I could have talked to her about. I wish I could have told her that although we lived thousands of miles away from her, we cared about her and her family. Looking back at the picture, I realize this is what I came to law school for. I want a JD to be an advocate for those who cannot help themselves. I hope she understands the reason we were there: to make the world a better place for her, her children and her grandchildren. That is worth more to me than any billable hour.