In His Own Words: Blake Jackson's Trip to Asuncion, Paraguay with the International Human Rights Clinic 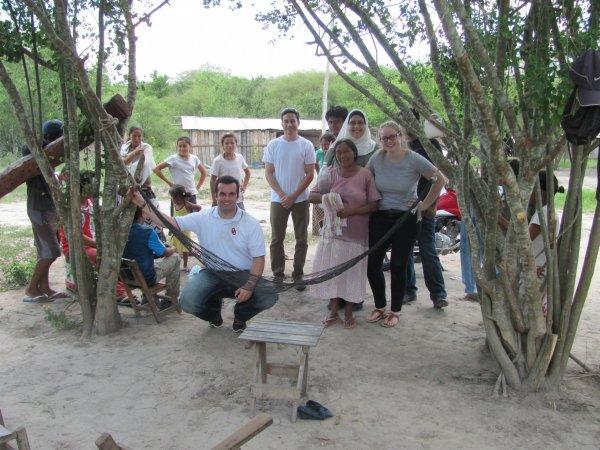 Before the start of each semester, students enrolled in the International Human Rights Clinic travel to select foreign countries to make preliminary observations and visit with government officials and stakeholders about issues impacting the nation’s indigenous populations. Throughout the subsequent semester, students combine the experiences from their travels with international law research to draft a “shadow report,” which is submitted to the U.N. Human Rights Council in Geneva, Switzerland. Their research and conclusions are also presented before a university audience.

As an enrollee of the Clinic, I was able to travel to Paraguay over winter break with four other students and Professor Baca. We had the invaluable opportunity to interact with officials in the following entities: Department of Ethnic Rights; Ombudsman’s Office, Department of Indigenous Peoples; Office of Directorate of Indigenous Health; Paraguayan Institute of Indigenous Affairs (INDI); Supreme Court of Justice, Department of Human Rights; Secretariat of Linguistic Policy; Minister of Foreign Affairs, Department of Human Rights; and the Federation for Autonomy of Indigenous Peoples (FAPI). On the fourth day, we traveled outside the capital city of Asuncion to visit the isolated indigenous community of the Sawhoyamaxa peoples. They spoke to us about life in their community and how they have endured a long struggle in regaining title to their traditional homelands.

I feel very fortunate for having been able to participate in this trip. My professional aspiration is to practice American Indian law, so it was very eye-opening to see indigenous life in a foreign country and how they interact with their own national government. Many of the struggles that they face are some of the same ones that many Native American communities face right here at home: life in isolation, poverty, and a struggle for the federal government to see the real problems plaguing their everyday life. I look forward to documenting my findings in the report, and I know that this is an experience that I will always value.