In His Own Words: Jason Hubbert's Externship with the U.S. State Department 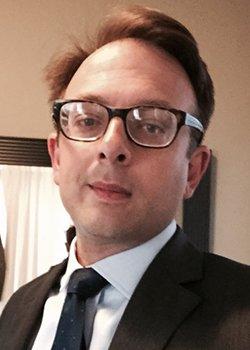 Spending a semester in Washington D.C. as a full-time, State Department legal extern is one of the highlights of my time at OU Law. I spent the fall of my 3L year in a fourteen-week externship in the Office of Private International Law (L-PIL) in the Office of the Legal Adviser in the State Department. My assignments there were substantive and varied; I was able to further develop core legal skills; the people I met and contacts I made will be invaluable for my future; and I will remember the autumn I spent in the district the rest of my life.

One of the nice surprises about my externship was the richness and variety of the work. To begin with, the work really mattered! I watched as my assignments contributed to U.S. strategy in international treaty negotiations, assessments of the likely ramifications of becoming party to particular treaties, language to be included in international organization documents, and potential areas of focus for U.N. working groups. These assignments covered a variety of legal areas and were consistently interesting. For instance, one assignment was a constitutional law memo on an issue of first impression. Another was a policy piece outlining the benefits to nations adopting protections for cross-border consumers. I also completed several research projects. These included analyzing the drafting history of a landmark treaty and looking for trends in international arbitration and conciliation scholarship.

As I did this work, I exercised and further developed core legal skills. Assignments consistently challenged and stretched my international and domestic legal research skills. The work often demanded advanced legal analysis that considered the state of U.S. and international law as well as conflicting policy concerns. Almost every job required clear, concise legal writing that succinctly identified issues, gave likely answers, and explained the rationale.

The contacts and relationships I made during this externship are invaluable. I was able to work daily with the excellent lawyers in L-PIL, allowing me to get to know them on a personal level. Further, my supervisor introduced me to lawyers in other areas of State that interested me. I was able to sit down with these attorneys, have coffee, and ask them how they’d reached their position and what advice they might have for someone interested in similar work. I found them consistently encouraging and very open and helpful. Further, State Department lawyers are some of the most respected in D.C. and often have contacts in other agencies. Several L-PIL lawyers told me if I was interested in working in Washington, they would be happy to share their contacts and help me get established. Finally, I got to know other legal externs from D.C. and other parts of the country that were also interested in international law.

Perhaps as exciting as the externship was Washington D.C. itself! I found a place in Capital Hill, a neighborhood less than half mile from the Capital and the Supreme Court. Every morning I’d walk a couple blocks to the subway, emerge at the Foggy Bottom stop, and, after a short walk through George Washington University with the Washington Monument on my left, go to my office, which had a view of the Lincoln Monument. In D.C. there was always something happening and somewhere else to visit. I went to several Smithsonian museums, the Supreme Court, the Capital, the monument tour, Arlington, a couple of Nationals games, a Thunder/Wizards game, Georgetown, and countless other places. The possibilities seemed neverending, and most things were free.

If you are interested in international law, working for the U.S. government, or spending four months in Washington D.C., I cannot recommend an externship in the Office of the Legal Advisor highly enough. I know it was a great decision for me.