In His Words: A Life-Changing Four Weeks in China 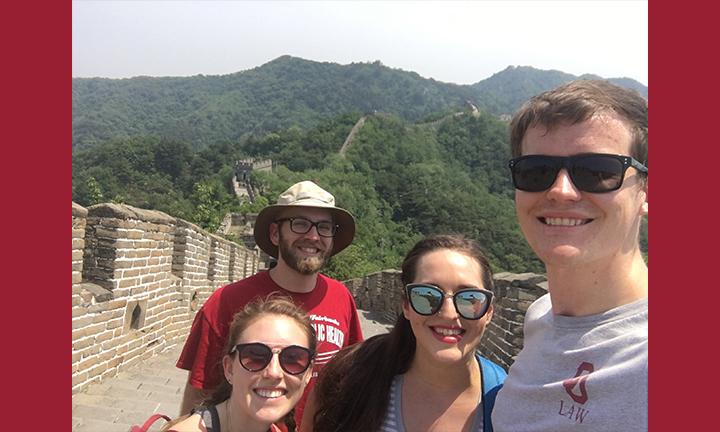 I have never eaten a spicier meal than the hot pot I had with new friends from other law schools in Indiana and Peru after we explored the Summer Palace in Beijing. We put strips of raw chicken, beef, pork, tripe, and vegetables into the boiling pot of broth our waitress set at the table, cooking them quickly before dipping them in a delicious sauce. Eyes, nose, and sweat glands streaming, my equally stricken friends and I managed the spiciness with help from steamed white rice, ice-cold Coke, and frequent laughter.

Later, a Chinese man I met at an English language learners’ meet-up invited me to make dumplings at his house. I was introduced to his friends and family, a kind and welcoming bunch, some of whom were fluent in English and others who were learning. We folded small circles of jiaozi dough around deliciously spiced mutton and beef filling, boiling up dozens before setting them out at a big banquet table with lots of fruits, cucumbers, and freshly fried peanuts. We spent that afternoon teaching each other fun phrases in English and Chinese and munching on the sweet, salty, and savory dumplings. 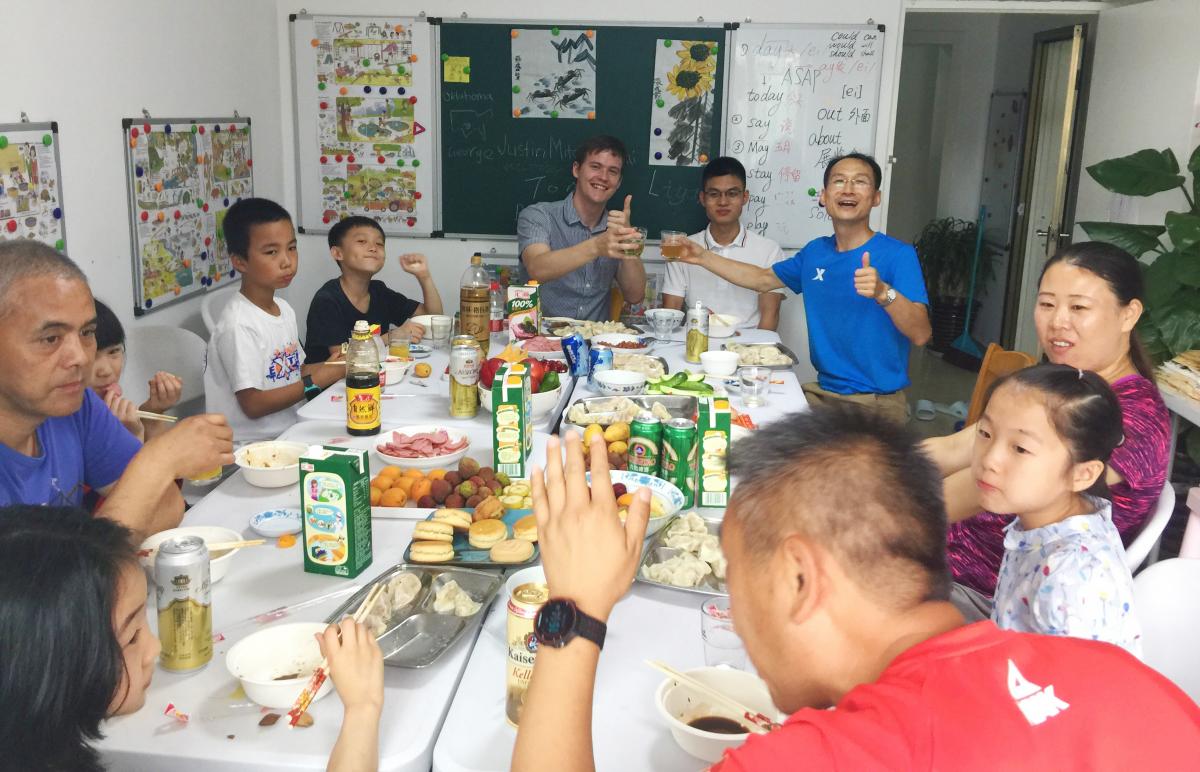 Just two scenes from a life-changing four weeks in Beijing. China can be challenging, adventuresome - in a word, spicy - just as often as it is sweet and nourishing. Being immersed in an economically dynamic and culturally rich hub like Beijing creates lifelong memories and unparalleled perspective on global affairs. OU Law’s China Law Summer Program allowed me to learn from Renmin University of China professors, each experts and accomplished scholars in their fields. The program’s survey of the Chinese system of governance covered everything from ancient legal history and philosophy to modern commercial arbitration methods.

The lectures were comprehensive and rigorous, and ran alongside many fun and educational field trips to Chinese governmental, commercial, and cultural sites. Throughout the program we were accompanied by knowledgeable and energetic American faculty. Visiting the Supreme People’s Court opened a window into a judiciary that makes law as well as decides it. The China International Economic Trade and Arbitration Commission demonstrated to us dispute resolution methods Chinese firms will use to implement the much-vaunted One Belt One Road Initiative. And seeing unique and beautiful places like the Forbidden City, Temple of Heaven, and Lama Temple was truly awe-inspiring. Above all, interacting with peers and professors from other law schools around the world as well as English-speaking Chinese people helped broaden my mind and develop friendships from as far afield as Bergen, Beijing, and Boston.

Spending multiple weeks as a student studying law in China may seem daunting at first, but to anyone considering the trip I say: take a bite.