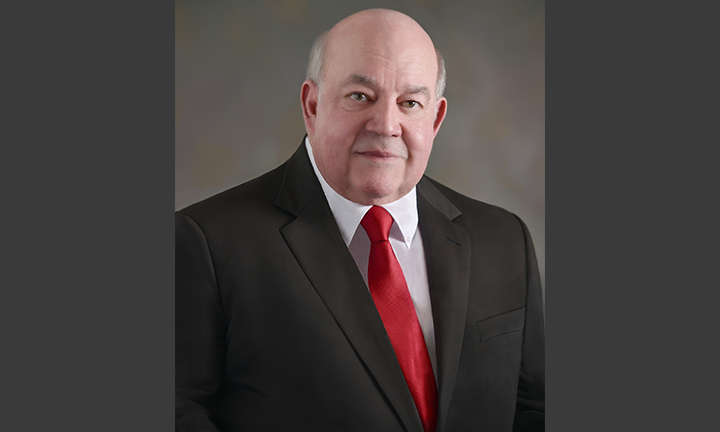 NORMAN, OKLA. – The University of Oklahoma College of Law will honor Oklahoma City attorney John C. Moricoli Jr. with the Eugene Kuntz Award in recognition of his distinguished career in the energy industry and his many contributions to oil and gas law.

“John Moricoli Jr.’s dedication to energy law and regulation makes him the perfect candidate to receive this year’s Kuntz Award,” said OU Law Interim Dean Katheleen Guzman. “Since graduating with the OU Law class of 1974, he has steadfastly advanced oil and gas law in Oklahoma. Throughout his career, he has demonstrated his worthiness of an honor commemorating legendary law professor Eugene Kuntz.”

Moricoli began his legal career with the Oklahoma City firm of Watson, McKenzie, Miller and Dunlevy, which later became Watson, McKenzie and Moricoli. In 1983, he founded the law firm of Moricoli, Wilson, Harris and Dubberstein – now Moricoli, Kellogg and Gleason – where he has since practiced.

His career has concentrated on oil, gas and energy law, with an emphasis on oil and gas regulatory matters before the Oklahoma Corporation Commission. He also has specialized in oil and gas related litigation, mineral title examination and transactional matters.

In addition to all Oklahoma courts to which he is licensed, Moricoli has practiced before all of the federal district courts in Oklahoma, as well as before the 10th U.S. Circuit Court of Appeals. His contribution to Oklahoma jurisprudence in oil and gas matters has included his participation in over 25 published appellate decisions, many of them matters of first impression in the state of Oklahoma.

Moricoli graduated from New Mexico Military Institute in 1963 and went on to attend OU, where he graduated in 1968 with a B.S. in mechanical engineering. He then enlisted as a commissioned officer in the U.S. Army, where he served on active duty until 1971, serving in the Vietnam War and earning the rank of captain. Upon returning to civilian life, he enrolled in the OU College of Law, earning his juris doctorate in 1974.

The Oklahoma Oil and Gas Reception is sponsored by Devon Energy Corp., Mahaffey and Gore P.C., and Spencer Fane LLP. For more information on the reception or the Kuntz Conference, email cle@law.ou.edu or call (405) 325-7479.