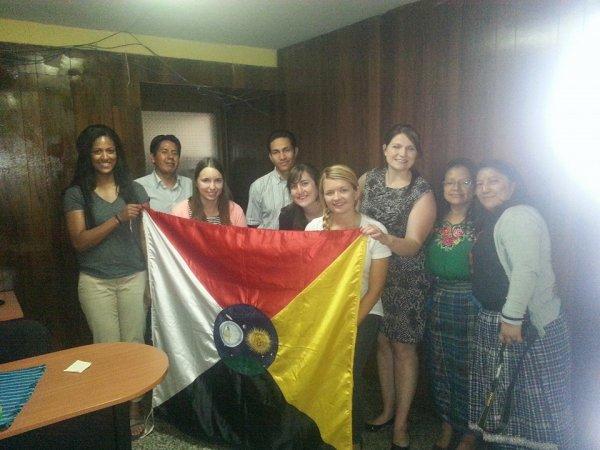 As a third year OU Law student, Kelbie Kennedy was one of only 60 people worldwide, working with the Harvard Carr Center to create new international document to combat violence against women. In February, Harvard hosted a panel to discuss the current gaps in international law that fail to protect women from violence. Five researchers involved in the larger project were invited to present to Harvard faculty and students on the matter. Kelbie was the only law student on the panel. Three of the other women are practitioners in the field (attorneys or activist from Africa, Russia and Pakistan) and the fourth presenter was a Ph.D. student in Samoa.

“I was happy to present the findings of my research and answer questions from the audience. It was a fantastic experience. Just three years ago, I would have never imagined that I would be asked to be on a panel at Harvard with women's rights activist from all over the world,” said Kelbie.

This opportunity was presented after Kelbie traveled to Guatemala as part of the OU International Human Rights Clinic.  Kelbie, along with four other OU Law students, spent five days in Guatemala City and Chuarrancho meeting with Indigenous leaders, civil society groups and government officials.  The students drafted a a report on Indigenous rights and will file it with the United Nations Committee on the Elimination of Racial Discrimination (CERD) in Geneva, Switzerland. 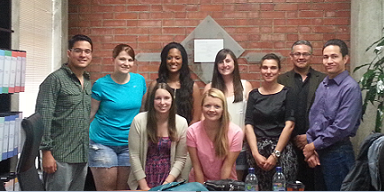 Kelbie says this was a life changing experience that hit home. “As a Native American woman, I felt I was given the rare opportunity view the deplorable conditions many indigenous people around the world face today. Reading about legal issues and looking at pictures only grants you very small insights into very large problems. Meeting with indigenous leaders face to face and listening to their experiences first hand places your own work into perspective. I realized this International Indigenous Human Rights Clinic is much more than writing a report and passing a course. It is about bringing international attention to the atrocities that are happening to indigenous people around the world. My part is very small in the global fight for indigenous sovereignty; however, bringing the experience of indigenous people to the forefront of the global stage can make all the difference.” 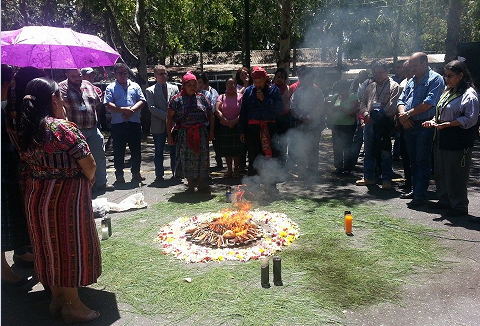 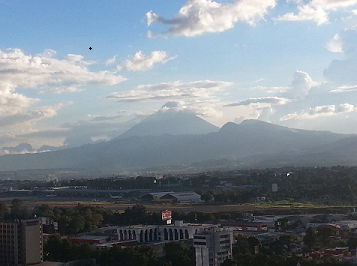 “As a proud citizen of the Choctaw Nation of Oklahoma, I identified with many of the serious issues facing the Indigenous communities I had the pleasure to meet. I hope that many more American Indian Nations in the United States will assist our brothers and sisters across the world in the fight to protect their culture, heritage and quality of life,” Kelbie added.

Each year, as part of the International Human Rights clinic, teams of law students travel to remote parts of the world to interview indigenous leaders and government officials.  The students then draft and file reports on human rights issues confronting those peoples with the United Nations Human Rights Council in Geneva, Switzerland.  Since the unique program's inception in 2009, reports have been submitted on 18 countries, from Suriname to Papua New Guinea.  The students watch as their questions are raised on the floor at the Human Rights Council review, empowering them as they see the very real impact they are having on peoples’ lives all over the world.

Every report submitted to date by OU Law students has been cited by the Human Rights Council and many of the recommendations for reform have been adopted.

The International Human Rights Clinic is unique in its ability to demonstrate to students the importance of building international relationships and speaking up for those who often have no voice. It is a remarkable hands-on experience that impresses upon them the impact they can have on lives around the world.

Kelbie highly encourages every student to take advantage of this unique opportunity. “The trip is important because it gives you a grass roots level view of an entirely different culture and legal system. Stepping outside the U.S. to help someone across the world is something that I highly recommend to anyone entering the legal profession.”