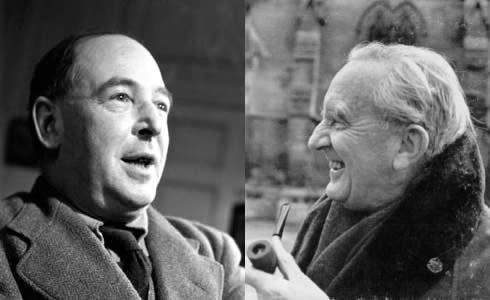 On March 7, 2012, Dr. Carol Zaleski will present the 2012 Agnes M. and G. Herbert True Family Lecture in the Dick Bell Courtroom of the University of Oklahoma Law Center.  Beginning at 7:30 p.m., Dr. Zaleski will make a presentation titled “The Recovered Image: The Faith and Reason of C. S. Lewis, J. R. R. Tolkien and the Inklings.”

Dr. Zaleski is a Professor of World Religions, Smith College in Massachusetts.  Since 1989, she has been teaching philosophy of religion, comparative study of world religions, and Catholic thought at Smith College. She has a Ph.D. in the Study of Religion from Harvard University. She has authored or co-authored, with Philip Zaleski, three books on conceptions of the afterlife and a book on the history of prayer.  She has two books forthcoming, both co-authored with Philip Zaleski, on The Fellowship (an intellectual biography of the Inklings, for Farrar, Straus and Giroux) and The Book of Hell (an anthology, for Oxford University Press). She is a columnist and editor-at-large for The Christian Century and a co-editor of the British journal Second Spring: A Journal of Faith & Culture.

Dr. Zaleski’s lecture comes from her research, with her husband Philip Zaleski, on the just completed intellectual biography of the Inklings, a literary group at Oxford University in the 1930s to the 1950s.  Members of the Inklings included C. S. Lewis, and J. R. R. Tolkien.
The Agnes M. and G. Herbert True Family, an Oklahoma family, gave an endowment to the OU Foundation on behalf of OU Catholic Students Association and St. Thomas More University Parish.  The True Family had the goal of bringing to the OU campus a prominent Catholic scholar to present a lecture on a topic of interest to the entire University of Oklahoma community.

In the ten years of the series, the lecturers have addressed topics related to law, science, philosophy, literature, political science, bioethics, and history.  Several lecturers have come with co-sponsorship from other departments.  For example, this year Dr. Zaleski will also be making class presentations for the OU Religious Studies Department.

I have been involved as the coordinator of the True Family Lecture since 2005, though the series began in 2003.  I was asked by the Pastor of St. Thomas More University Parish (Norman) to coordinate this series.  The 2012 lecture is the tenth in the series.  I have greatly enjoyed bringing these scholars to the OU campus and having the opportunity to meet them and converse with them.  Even more, I have been very pleased to have been able to arrange dinners and post-lecture gatherings for students, staff, and faculty of OU so that they too could meet and converse with these scholars.

Most years, the lecture is held in the OU Memorial Union.  This year, the Union is undergoing renovation, meaning that I had to look for a venue elsewhere.  The Dick Bell Courtroom is a beautiful setting for a lecture, as I have experienced many times.  I thank the Law Center for the use of its facilities.  I hope law students join us on March 7 for an interesting diversion from law studies but of interest, I believe, widely to those who have read and enjoyed the literary works (and film adaptations) of J.R.R. Tolkien and C.S. Lewis.