A Lesson from the Chinese Law Summer Program: Don’t Make “the Best” an Enemy of “the Better” 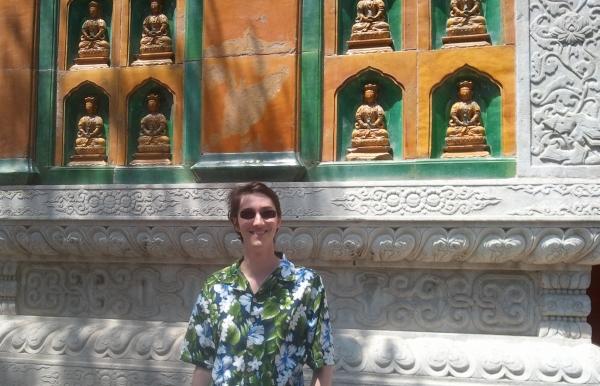 During one of the lectures during the Chinese Law Summer Program, Professor He Jiahong talked in-depth about the evolution of criminal procedure in China over the past 40 years. It was a lecture that was exemplary of why studying abroad is an amazing experience. That morning, I finally started to grasp part of the root of how our systems differ. I'm still trying to wrap my brain around it, so bear with me as I speculate.

In America, we carry around the identity of our country within ourselves. We prize individualism, and so even when our governmental bodies enact policies that we find fundamentally offensive, we still consider ourselves Americans. We can absolutely despise everything about the current administration, or the prior administration, and know that we have at least a limited ability to shift the course of the country back into step with our personal ideologies of what America should be. Laws are points of change, with societal repercussions, and occasionally those repercussions alter or nullify the law that caused them.

In China, the State is the identity of the country, and of the people. If the State changes, the very foundation of what it means to be Chinese changes alongside it. Here, the various governmental entities are called "organs," not "bodies." The functions of the organs are to keep the body of the State in philosophical balance. Professor He, in referencing the revisions in law over the last few decades, said that "A change in mentality is more important than changing words on paper." For the law in China to dramatically change, it requires an equally dramatic shift- not in the proclamations or publications of laws or policies, but in the societal identity of China as a whole. Laws are not points of change, but reflections of shifts in societal mentality and the whole body of the State itself.

I think this top-down structure is why it is so difficult for us to comprehend certain aspects of Chinese policy. Professor He mentioned that in 1990 he introduced the Miranda Rights to his University students, who are quite open-minded (as similar to the States). They thought he was joking. The idea that an individual should be allowed to withhold information damaging to the State (or rather, to society) was so contrary to the pursuit of truth sought by the Procuratorate (State Prosecutors’ Department) that it was laughable. Of course, time has passed and now there is serious discussion in the legal field about an introduction of some form of a "right of silence," but that has come as the country's identity has changed, not as a policy designed to modify the country itself.

I found particularly fascinating the argument that Professor He has used in lectures throughout China to introduce the presumption of innocence. "With a wrongful acquittal," he said, "there is only one mistake: A guilty man goes free. With a wrongful conviction, there can be two or more mistakes: An innocent man is punished, the victim goes without justice, and the true criminal or criminals go free." Viewed in the light that the State is the one mistaken in each instance, and that the preservation of the State as the heart of Chinese identity is the function of governmental organs, it makes sense that this argument would be appealing. The external damage done to the body of the State by a wrongfully acquitted criminal is less than the internal damage done when the State makes self-damaging mistakes.

From just this brief glimpse into the changing legal system of China, I get just the hint of how this country's identity may change over the next few decades. The body of the State must be self-correcting using an organic process. The government right now is identifying how different organs function in reaction to a changing environment. This is an imperfect analogy, but I think of the appendix- it may no longer serve the necessary function it once did, but neither do we wantonly cut it out of ourselves at birth. Because it is still a part of ourselves, we exist with it unless there is an irreconcilable problem. Only then do we remove it, and the process can still be painful, requiring time to recover afterwards.

America, in comparison, seems more like a virus, spontaneously mutating to grow more aggressively, resulting in the same general symptoms within a host. The root identity remains the same, but there is no particular unity of purpose aside from the most rapid expansion possible.

Before you hit speed-dial for the DHS, I don't advocate a radical change in our government. However, I also do not advocate a radical change in the Chinese government. The line, “Don’t make ‘the best’ an enemy of ‘the better,’” is another quote by Professor He. It suggests to me that we can improve ourselves in our own ways without strangling ourselves with the idea of a perfect system. Claiming that any system is the "best" one creates impassable barriers to incremental changes and/or improvements that make our current systems better. China has certainly been influenced by the United States, particularly in its legal structure. I wonder: How has our country learned from China?

Adapted from a blog posted to http://patrick-mcmeen.livejournal.com on May 22, 2012