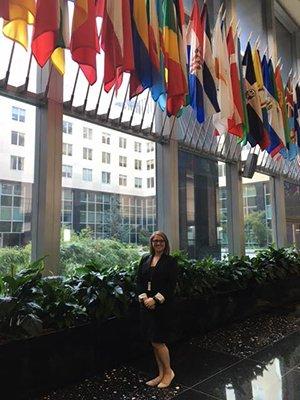 I was honored to serve as an intern for the United States Department of State this past summer in Washington, D.C. in the Office of Multilateral and Global Affairs (MLGA). MLGA is an office within the Bureau of Democracy, Human Rights, and Labor, which acts as one of the main intermediaries between the U.S. Government and the United Nations (UN), and works on global democracy issues in internet freedom and business and human rights.

My first week in D.C. I was dropped right in at the beginning of the summer session of the UN Human Rights Council (HRC) and was given several resolutions to which I was to suggest edits or amendments and send through the “clearance” process. In the State Department, documents must go through a rigorous editing process called “clearances,” during which representatives from all relevant departments are given the opportunity to look over and suggest edits. Being a part of the summer HRC session was especially valuable because it exposed me to the process of negotiation at the UN and allowed me to develop my policy analysis skills in a real situation. Topics covered in the summer HRC session included the right to health, the protection of women and girls, and racism, just to name a few. Countries that are of particular concern to the governing body are also often written about and discussed at each HRC session.

I was also given the opportunity to work on an event sponsored by an international organization known as the Community of Democracies (CD) that featured former Secretary of State Madeleine Albright. This year, the United States holds the presidency of the CD and is working to further dialogue on Democracy and Security. At the Democracy and Security Dialogue launch, Secretary Albright met with ambassadors from several nations and high level members of civil society to discuss emerging security issues in democratic countries, such as peaceful party turnover and regime change.

In my role on the internet freedom and business and human rights (IFBHR) team, I was given the opportunity to champion new research on big data analytics tools and what role the U.S. Government might be able to play in ensuring that such tools are only used for legitimate purposes.

I was also given the opportunity to attend several events that involved hot topic issues, LGBTQI rights and sentencing reform to name a few, that featured high level officials including Secretary of State John Kerry, Secretary of the Army Eric Fanning, and various Department of Justice officials.

After my summer spent walking past the Washington Monument on my way to work each day, D.C. definitely feels like a home away from home for me. I love the electricity of a city that is so rich in history, yet still making change constantly.

I worked with some of the smartest people I have ever met. They made me want to do well and do more. While many people may get frustrated with big government agencies, like the State Department, I can assure you that it is filled with people that care about protecting the United States and ensuring that we maintain stable relationships with all countries of the world. And those people recognize the weight of their work, and they do it for all of us. My summer fueled my passion to continue to serve the people of the US and to continue to pursue work as a public servant. 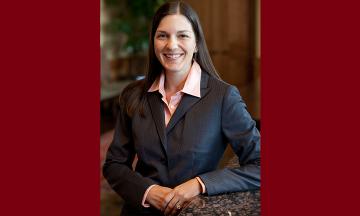 Assoc. Dean Shaner Published in ‘The Best of The Business Lawyer: 75 Years of Corporate Law’

OU Law Associate Dean for Research and Scholarship Megan Shaner’s article, “Restoring the Balance of Power in Corporate Management: Enforcing an Officer’s Duty of Obedience,” was recently re-published in The Best of The Business Lawyer: 75 Years of Corporate Law . 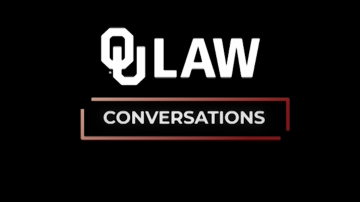 What lead you to OU Law? As was permitted at the time, my first year at OU Law in 1956 was as an undergraduate senior at OU. I never questioned where I would go to law school. I was our family’s second generation to go to OU law school. We are now a five-generation family to do so. My dad and his identical twin brother, Ralph, were OU Law graduates, class of 1927. My grandfather, Dr. William Bennett Bizzell, was OU’s 5 th president. OU was a second home to me.