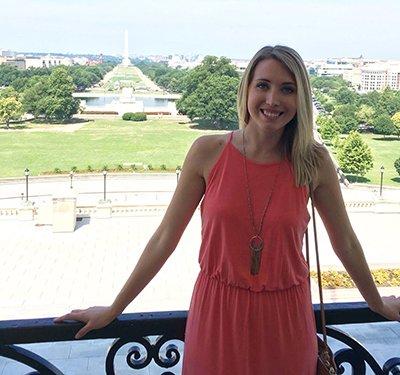 I had the privilege of working for the United States Senate Committee on Finance, Subcommittee on International Trade, in Washington, D.C., for 8 weeks in the summer of 2016. The Office for the Senate Finance Committee (SFC) is located within the office of Senator Orinn Hatch of Utah, current President Pro Tempore of the Senate. The SFC’s jurisdiction is over legislation and legislative issues regarding taxation, customs, general revenue sharing, some health services, etc. The subcommittee on international trade staff, also known as the “trade team,” work on issues regarding trade agreements, customs, import and export of goods, and other trade related matters.

During my time with the Senate Finance Committee trade team, I was able to learn a lot about U.S. trade policy and several of the relevant current issues that actors in the international trade realm are presently facing. I was able to see how legislators and industry members work together toward common goals in international trade, with the help of committee staff members and legislative liaisons.

The trade team consisted of one Chief Trade Counsel (attorney), two trade analysts (attorneys), two detailees from other governmental agencies (non-attorneys), and two support staff. The close-knit nature of the team meant that all members of the team were needed for many of the larger projects, and teamwork was essential in order to ensure that legislation was drafted and passed in a desirable and efficient manner. Some of my assignments came directly from the attorneys, requiring that I conduct legal research on an issue relevant to the drafting of potential future legislation. Most of my work came from the detailees, who required fact-finding in niche areas of trade into which they were inquiring. Both types of assignments helped me to learn more about areas with which I was previously unfamiliar.

The Senate internship program is unique in that it offers several educational opportunities to all students working in the Senate offices during the summer. I attended an array of lectures by various law professors and agency heads. Two memorable speakers included a Constitutional law professor from Georgetown speaking on the future of the Republican political party, and the Secretary of Homeland Security, Jeh Johnson, speaking about his time as a Senate intern. The Senate Finance Committee encouraged the interaction of its interns and law clerks, and I became good friends with several of the other students working in the various “teams” within the Committee.

Washington, D.C., is a wonderful place to live and work. I was fortunate enough to find housing with two students from Iowa in a traditional row house, only a short metro ride away from Capitol Hill. I took advantage of the endless amount of activities by exploring the city in the evenings, and the surrounding areas on the weekends. My favorite excursions were to the Chesapeake Bay for a day at the beach and a traditional Maryland crab dinner, and a day trip to Harpers Ferry for white water tubing down the Potomac River.

I was also fortunate to make friends with interns in other branches of the federal government. One of these connections allowed me to obtain a guest ticket to my favorite experience in D.C.: attending the arrival ceremony of the Prime Minister of Singapore, held on the lawn of the White House. At the ceremony, I was able to see both the Prime Minister of Singapore and President Obama speak on current issues. It was truly an amazing experience.

I am so thankful for my time in the Senate Finance Committee, and for my summer living in Washington, D.C. It was a wonderful experience that has helped me gain insight into possible career paths, and get a taste of living in my favorite U.S. city.