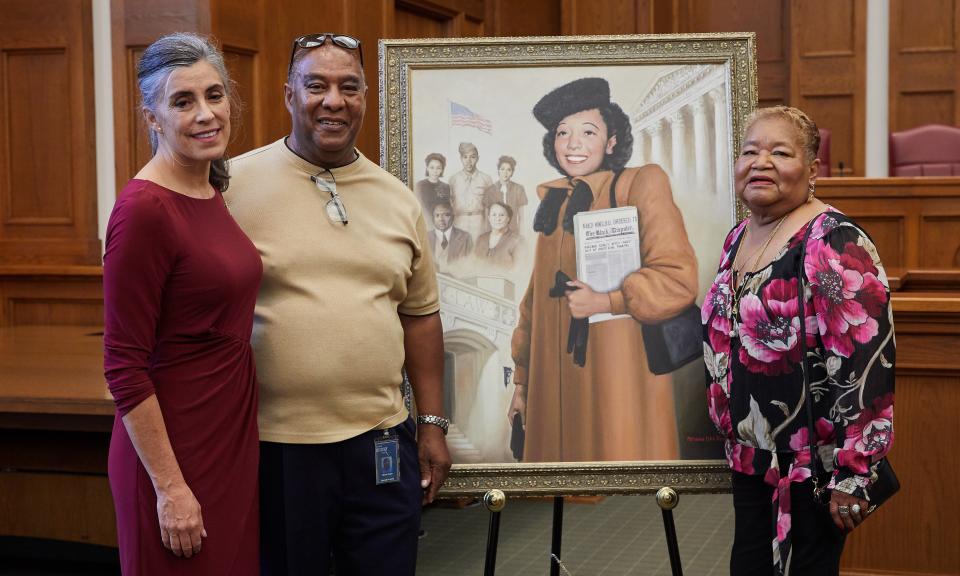 NORMAN, OKLA. – In commemoration of the 70th anniversary of Ada Lois Sipuel Fisher’s admission to the OU College of Law, the college and the university’s main campus devoted the week of Sept. 23 to Fisher and other civil rights leaders, with acknowledgment of the ongoing pursuit of equality.

At a Sept. 25 discussion at OU Law, Interim Dean Katheleen Guzman and second-year law student Chanel Glasper moderated a question-and-answer session with Fisher’s children, Charlene Factory and Bruce Fisher, who shared memories of their mother, including when they first learned about her legal case. They said since their mother taught for many years at Langston University, she was able to inspire the next generation of “social engineers,” allowing her legacy to live on.

“We just feel very honored to be here to represent her with those accomplishments,” Factory said.

“We were incredibly honored that Dr. Fisher’s children shared with us many special memories of their mother – an icon in our college’s history who so bravely fought to gain equality for herself and for future generations,” Guzman said. “Dr. Fisher was an everyday person who had the courage, the spirit, the smarts and the love to do superhuman things. She empowers each and every one of us by showing us what standing up and speaking up can do. She believed in herself, and paradoxically in so doing, she revealed her belief in us. She is an inspiration come to life.” 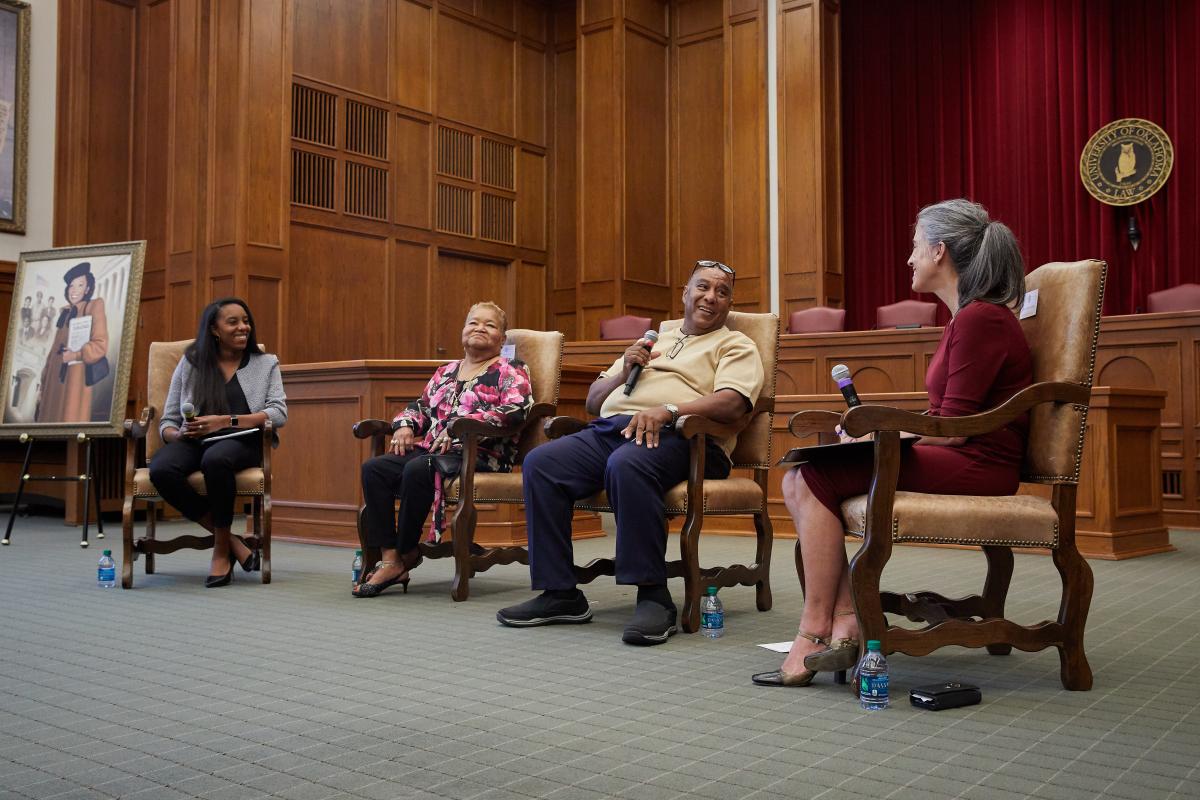 The event also featured a performance of “I Know Where I’ve Been” by OU Law alumna (’98) and vocalist Chanda Graham. At the close of the event, the OU Law community acknowledged the support of Assistant Dean Stan Evans and his wife, Saundra Evans, whose gift enabled the college to display a portrait of Fisher in Coats Hall. Portrait artist Mitsuno Ishii Reedy, who donated the giclée print to the College of Law, also was recognized at the event.

Click Here to View Photo Highlights from the Discussion

A celebration of Fisher also was held Sept. 26 at Monnet Hall, the location of the OU College of Law while Fisher was a student. A display depicting her law school admission journey was unveiled at a dedication ceremony, and a reception followed in the Conoco Leadership Courtyard at the Oklahoma Memorial Union. During the reception, members of OU Law’s Black Law Students Association (Modupe Adamolekun, Kadijah Almarales, Cameron Burleson, Wyatt McGuire and Eric Strocen) performed a reading of the play, “Ada Lois Sipuel Fisher Reflections,” inspired by her experiences. The reading was adapted from a full-length play written by former OU Law Professor Cheryl Wattley.

As part of the celebration of Ada Lois Sipuel Fisher’s life and enduring impact on OU Law and civil rights, the college announced an award named in her honor, furthering the legal study of civil rights, race and justice. The announcement of the Ada Lois Sipuel Fisher Fund endowment was made during the Sept. 25 discussion in the Dick Bell Courtroom with Fisher’s children.

The Ada Lois Sipuel Fisher Fund endowment would be one of the highest academic awards at OU Law. Endowed chairs and professorships are prestigious and enduring awards provided to faculty through private gifts from private donors. Because only earnings of the endowment are used to support this honor, an endowed chair or professorship becomes a perpetual source of funding with criteria and specialties often designated by the private donor. Currently, OU Law has approximately 20 such honors in various concentrations funded by private donors. For more information about awards of endowed chairs and professorships at OU, click here.

It is anticipated that the award of an endowed chair or professorship named for Ada Lois Sipuel Fisher will used to elevate an existing or prospective professor who demonstrates an established interest and deep knowledge of civil rights law. The professor given this honor will teach and conduct research primarily in the areas of civil rights law, election law, race and the law, antidiscrimination law or critical race theory.

“Dr. Fisher didn’t spend her legal career making millions of dollars; she devoted herself to changing millions of lives,” Mortazavi said. “There’s no better way to honor her spirit than to show our support through any means we can.”

Bruce Fisher added, “By establishing a fund in her honor, it means that OU and the community can protect her legacy and further her mission of instilling civil rights and civil discourse – whether funded by the many or by the few. A fund in her honor ensures that she lives on.”

Should the fund not meet the funding requirements, donations shall be transferred to the existing, endowed scholarship fund established in honor of Fisher for OU Law students.