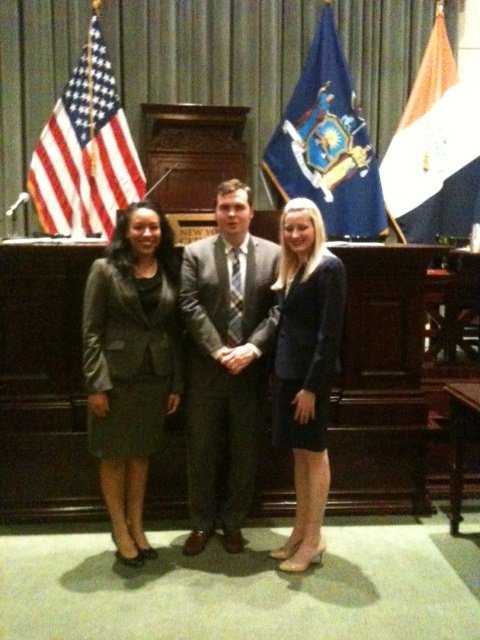 National Moot Court Competition
The National Moot Court Competition team of Nicole Lynn, Drew McNeil, and Lindsay Kistler Swiniuch won the award for best brief at the regional competition in Omaha, Nebraska, in November.  This qualified the team for the National Finals in New York City in February.  At nationals, th team was awarded third best brief in the nation and advanced to the Sweet 16 round.

American Bar Association Client Counseling Competition
At the regional competition of the ABA Client Counseling Competition held at the University of Arkansas School of Law in February, the team of Kaitlyn Schrick and Haleigh Collins placed first after conducting five initial client interviews with different clients and different topics. The team, coached by Professor Connie Smothermon and District Attorney Richard Smothermon, advanced to the national finals which take place in March in Durham, North Carolina. 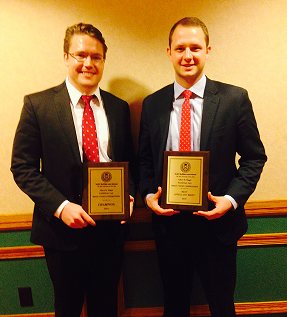 American Bar Association National Appellate Advocacy Competition
Competing at the regional competition in Brooklyn, New York, the team of Kelsey Frobisher, Blake Johnson and Nathan Hall won every round and qualified for the national finals to be held in Chicago in April. Coached by Professor Michelle Johnson, members of the team achieved four perfect scores during the final round, and also won second best brief. 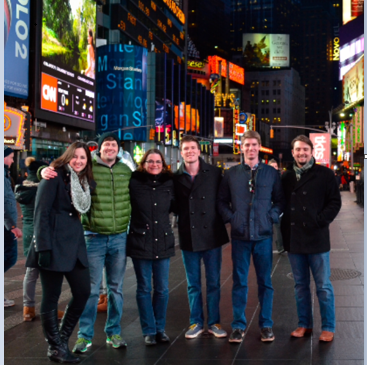 American Bar Association Representation in Meditation Competition
Melissa McDuffey and Skeeter Jordan won first place in the regional competition at the University of Missouri School of Law in Columbia.  In April, the team will competet at the national competition in Seattle. Professors Connie Smothermon and Erin Means coached the team.

Kurth Moot Court National Championship
OU Law was invited to compete in this “tournament of champions” based on its moot court program’s national ranking. The team of Kelsey Frobisher, Elise Puma and Elizabeth Isaacs competed in this competition held at the University of Houston Law Center in February, advancing to the Elite Eight round. Professor Gail Mullins coached the team.

National Trial Competition
Competing in Denver in January, OU Law’s team of Abby Nathan and Phil White advanced to the semi-final round of the regional competition, and Nathan was named best advocate.  The team is coached by Professor Mary Ann Roberts.