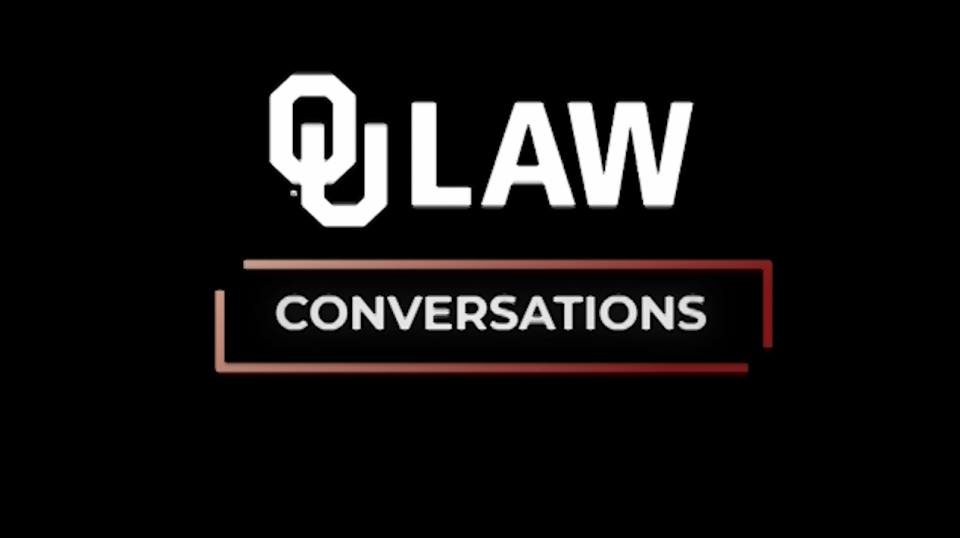 What lead you to OU Law?

As was permitted at the time, my first year at OU Law in 1956 was as an undergraduate senior at OU. I never questioned where I would go to law school. I was our family’s second generation to go to OU law school. We are now a five-generation family to do so. My dad and his identical twin brother, Ralph, were OU Law graduates, class of 1927. My grandfather, Dr. William Bennett Bizzell, was OU’s 5th president. OU was a second home to me.

What are your favorite memories of OU Law?

If I had to single out one of my favorite faculty members, it would be Dr. R. Dale Vliet. Dr. Vliet was a gentleman and a scholar. He was a little less tough in the Socratic method of teaching compared to some of the rest of the faculty, but he knew his subjects and taught them well. He was very personable and approachable. As an example of that he, a Julliard graduate, honored us by singing at our wedding.

In addition to dear friends and classmates, my favorite memories may well have been my hardest, most rewarding first year as a student at the College of Law. I was a senior in college, young for my grade, facing all the demands and challenges of a professional school. First year law grades would determine graduation and military commissioning from the University. So, we had a lot riding on our success in that first year. Still, we were very proud to be there. One of the most wonderful parts of the whole experience was the College of Law’s honor code. It was like the military academies’ code to never cheat or tolerate anyone who did. We were honor bound by it and could depend on it. I had never had the benefit of that in any of the schools I had previously attended. So, the elevated level of professionalism in the academic experience was, for me, a favorite memory.

Of course, in much later years, seeing our twin daughters, and then our grandson, become fourth and fifth generation OU Law graduates are favorite memories, as well.

What impact has OU Law had on your career?

My career has largely been as a federal trial judge for 32 years. There is not a doubt in the world that my selection and service as a federal judge was influenced and impacted by the benefits of a distinguished law faculty and possessing a respected OU law degree. I always felt well prepared for the tasks I was given – 15 years of private practice, a legislator, a military career, and a teacher as well as a federal judge. I am grateful for it and am, as always, very proud of my OU Law degree.

Tell us about the highlights of your career.

One was having had the pleasure of being in private practice with my dad, Lee B. Thompson, Sr., for 15 years prior to my appointment to the federal court by President Gerald R. Ford in 1975.  My dad was a great lawyer, widely respected, former president of the Oklahoma Bar Association and recipient of about every honor a practicing lawyer could receive. It was during that time when, as a member of the Oklahoma House of Representatives, I was privileged to be heavily involved in the passage of the judicial reform constitutional amendments that gave Oklahoma the badly needed reformed system of judicial selection it has enjoyed for well over 50 years. It was a most satisfying highlight in my career. As a judge, certainly, service on a distinguished and respected federal court and the collegiality and friendships among my judicial colleagues were highlights. The highlight among my judicial assignments was the honor and service of being a judge of the U.S. Foreign Intelligence Surveillance Court, appointed by Chief Justice Rehnquist, dealing with espionage and terrorism. Teaching Trial Advocacy at Harvard Law School for 27 years was a greatly rewarding and pleasant experience and was certainly a highlight of my career, as well.

What are your thoughts about the recent attempts to reform the judicial nominating process in Oklahoma?

It most certainly would not be a “reform.” By returning political influence and control, it would be the undoing of the true judicial reform in the selection and retention of state’s highest appellate judicial offices enacted by the people following the terrible scandal on Oklahoma’s Supreme Court revealed in 1965. Our present system of non-partisan merit-based selection, without political control, has served us very well for over 50 years. The judicial branch of government is to be separate, equal and independent of the other two branches of government. All litigants coming before the courts are entitled to have their disputes decided fairly by impartially selected, competent, independent state justices and judges who are free from undue political or other influences, concerns or distractions. Any such attempt to encroach upon the independence of the judiciary should be rejected.

What is your advice for current law students and recent graduates?

Current and recent students at the College of Law are probably the most qualified in the history of the college. They are excellent students. They are learning the law and learning it well with the benefit of an excellent faculty. I would add only this: As you learn the law, learn and commit to the absolute requirement of the highest, most honorable, ethical, civil conduct in everything you do as members of your new profession. Remember that a lawyer’s word is his/her bond. It sets our profession apart and it will be a great source of pride and satisfaction all of your professional lives. I wish you all the very best.

Judge Thompson graduated from the University of Oklahoma with degrees in Business Administration in 1956 and Law in 1961. During his 15 years in private practice, he served two terms in the Oklahoma House of Representatives (1966-1970). He was appointed to the federal court in 1975, at age 40, by President Gerald R. Ford. His 32 years on the Court included a seven-year term as Chief Judge. He also served 27 years, active and reserve, in the United States Air Force, in part as a Special Agent of the Office of Special Investigations, engaged in criminal investigations and counter-intelligence activities. He retired in 1987 as a colonel and was awarded the Legion of Merit.

By appointment of Chief Justice William Rehnquist, he served a seven-year term as a judge of the United States Foreign Intelligence Surveillance Court, dealing with foreign espionage. He was also appointed by Chief Justice Rehnquist to the Executive Committee of the Judicial Conference of the United States, the policy making arm of the federal judiciary. For 27 years, he taught Trial Advocacy at Harvard Law School.

Honors include alumnus memberships in Phi Beta Kappa and The Order of the Coif, Oklahoma City’s “Phi Beta Kappa of the Year,” The Journal Record Award, the Oklahoma City Public Schools Foundation Humanitarian Award,  OU’s Honorary Degree of Doctor of Humane Letters, The Order of the Owl Hall of Fame and the Oklahoma Hall of Fame. His biography, “Gentleman Jurist,” by Burke & Abney, was published by the Oklahoma Heritage Association. He has served on the Board of Visitors of OU’s Honors College and College of Law and, with his brother and sister, sponsors the endowed Lee B. Thompson Law Scholarship. Members of his immediate family are also OU and OU Law graduates: Barbara Thompson, spouse, OU ’61 BA, Lisa Campbell, daughter, OU ’88 BA, Elaine DeGiusti, daughter, OU ’91 BA, ’94 JD, Maria Abbott, daughter, OU ’91 BA, ’94 JD.