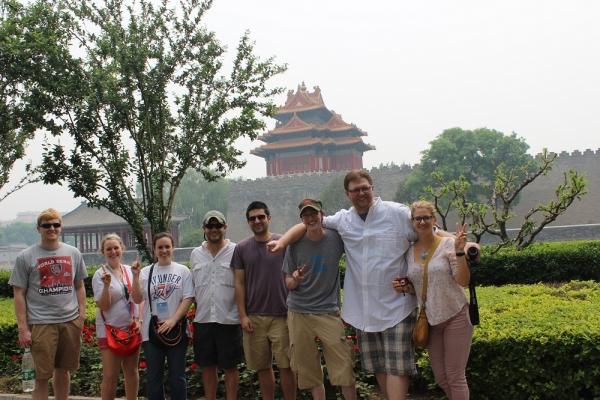 It is a cliché to say that China is a land of contradictions, but the first OU law students participating in the Chinese Law Summer Program are finding the truth in that platitude.  Eight OU law students are living in China for a month, attending classes on the Chinese legal system at Renmin University Law School and exploring the dynamic capital city of Beijing.

China’s capital city is an enigma, home to both ancient and modern China, not to mention more than 22 million permanent residents and a “floating population” of another 10 million or so migrant workers.  The contrasts between the old and the new are startling and everywhere.  One day we stroll through the Forbidden City, where China’s emperors lived and ruled China for more than 500 years.  A few days later, we are seated in an ultra-modern conference room in the Ministry of Commerce engaged in a candid conversation with the civil servants who are playing a central role in the development of China’s market economy, now the second largest in the world.  In class, a nationally-recognized Chinese criminal procedure law professor extols the virtues of the rule of law.  He charts China’s progress towards attaining that ideal using a case where an innocent man convicted of murder was exonerated, released from prison and compensated by the government.  At the same time, Western newspapers report the story of Chinese dissident Chen Guangcheng who escaped to the U.S. and wrote in a New York Times op-ed that the “fundamental question” China must face is lawlessness. “China does not lack laws, but the rule of law.”  This week the Renmin Law School hosted an international conference on Intellectual Property, yet a short subway ride away you can purchase a myriad of knock-off designer goods at bargain prices.

It would be easy to label these contradictions as hypocrisy, but it is far more complex than that.  As we study the development of Chinese law, we are constantly reminded that China, despite its ancient roots, is in many ways still a developing nation.  For instance, the legal profession and all laws were virtually eliminated during the Cultural Revolution, and it has only been a few decades since the economic “Opening Up” began after Mao’s death in 1976.  Through our classes with Chinese law professors and conversation with Chinese law students, it has been fascinating to learn more about the impact of Chinese culture and history on the development of its legal system, as well as China’s explosive economic growth.

In the midst of all these puzzling and challenging contradictions, a Chinese law professor told me that Chinese law programs must focus on graduating law graduates who can produce clear and persuasive legal writing.  Some things, after all, are universal! 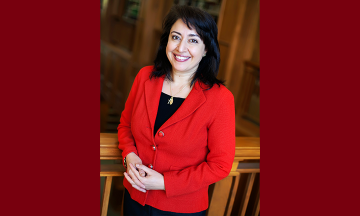