NORMAN — The University of Oklahoma College of Law will honor four outstanding alumni at its annual Order of the Owl Hall of Fame ceremony Wednesday, March 9. The Order of the Owl recognizes OU Law graduates who demonstrate leadership and service through outstanding accomplishments in their legal careers.

This year’s honorees are:

Since its establishment in 2011, the Order of the Owl has inducted and honored 16 deserving OU Law alumni.

“It is a privilege to be able to honor those who have contributed so much to the rule of law and individual rights in our society,” said OU President David L. Boren. 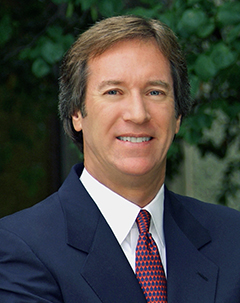 For more than 20 years, Bill W. Burgess Jr. (’80) has invested time and energy to address the needs of Oklahoma higher education, serving first as a State Regent for Oklahoma Higher Education for 18 years and currently serving a seven-year term as an OU Regent.

Burgess is chairman of the board of the investment corporation Vortex; owner and publisher of The Lawton Constitution; and senior partner of Burgess and Hightower Law Firm. As chairman and principal owner of Techrizon, Burgess developed the enterprise into the largest Oklahoma software engineering company.

Burgess has held numerous leadership positions at the state and national levels including chairman of the board for the Oklahoma Business Roundtable, Oklahoma State Chamber and the Citizens’ Commission on the Future of Oklahoma Higher Education. He is also currently civilian aide to the Secretary for the U.S. Army and serves as a member of the OU College of Law Board of Visitors. He was inducted into both the Oklahoma Hall of Fame and the Oklahoma Higher Education Hall of Fame, and was honored as Corporate Entrepreneur of the Year by the U.S. Association for Business and Entrepreneurship. 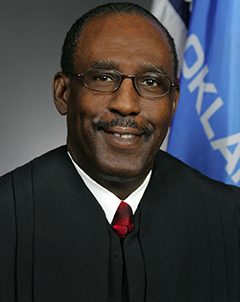 A pioneer in the legal profession, The Honorable Tom Colbert (’82) became the first African-American appointed to the Oklahoma Court of Civil Appeals, where he served as Chief Judge prior to sitting on the bench of Oklahoma’s highest court.

He served several years in the U.S. Army and taught in the public school system in Chicago prior to attending the OU College of Law. He also has served as assistant dean at Marquette University Law School in Milwaukee, Wisconsin, and assistant district attorney in Oklahoma County.

In 2004, Gov. Brad Henry appointed him to the Supreme Court of Oklahoma. Colbert has been honored with the Thurgood Marshall Award of Excellence, induction into the Oklahoma Criminal Justice Hall of Fame and the Ada Lois Sipuel Fisher Diversity Award, among many others. 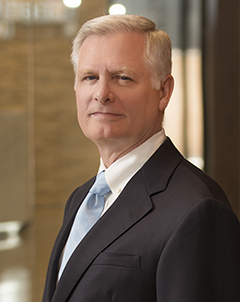 Jim Gallogly (’77) had a highly successful career in oil and gas, holding many executive positions with Phillips, Chevron Phillips Chemical and ConocoPhillips before being named Chief Executive Officer of LyondellBassell Industries. He led the company out of Chapter 11 bankruptcy, transforming it into what is now one of the world’s largest plastics, chemical and refining companies. Since his retirement from LyondellBassell, Gallogly has served on the Board of Directors at DuPont, where he provides leadership in corporate governance and strategic planning, and on a number of other charity boards.

As an OU Law alumnus, he is a member of the Oklahoma, Texas and Colorado bar associations and serves as a member of the OU College of Law Board of Visitors. For leadership in his profession, OU awarded him an Honorary Degree in 2012. Last year, he and his wife, Janet, provided a major gift to the OU College of Engineering. This year, the Gallogly Family Foundation chose the OU College of Law as the pilot school for its selective Public Interest Fellowship Program, which launches this fall and supports a limited number of graduates who wish to pursue public interest work. 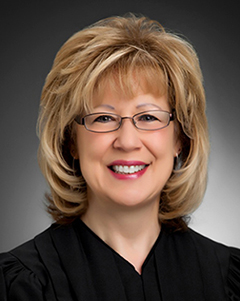 A leader in the legal profession for more than 30 years, The Honorable Noma D. Gurich (’78) is only the third woman in history to serve on the Oklahoma Supreme Court, being appointed in 2011. After spending 10 years as a litigator, Gurich was appointed to the Oklahoma Workers’ Compensation Court where she served as a judge for 10 years, including four as Presiding Judge. Later, she was appointed and elected to serve as a District Judge in Oklahoma County, where she served for 12 and a half years, including two as Presiding Judge.

Gurich has been honored with a number of distinctions and awards in her career, including membership in the prestigious Order of the Coif, the Mona Salyer Lambird Spotlight Award and 2011 Judge of the Year by the Oklahoma Chapter of the American Board of Trial Advocates. She is a master member of the William J. Holloway Jr. American Inn of Court, a member of the OU College of Law Board of Visitors and serves on the Oklahoma County Criminal Justice Task Force.