NORMAN — The University of Oklahoma College of Law will honor three outstanding alumni at its annual Order of the Owl Hall of Fame Ceremony, Monday, March 6. The Order of the Owl recognizes OU Law graduates who demonstrate leadership and service through outstanding accomplishments in their legal careers. This year’s honorees are:

Since its establishment in 2011, the Order of the Owl has inducted and honored 20 deserving OU Law alumni.

“It is a privilege for the university to be able to honor these outstanding graduates of the OU College of Law,” said OU President David L. Boren. “They have made and continue to make meaningful contributions to the legal profession and to the broader community.” 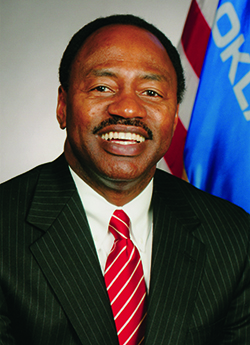 The Honorable David B. Lewis (’83) is the first African-American to serve on the Oklahoma Court of Criminal Appeals, having been appointed to the court in 2005 by then-Gov. Brad Henry. He served as presiding judge of the court from 2013 to 2014.

Before becoming a judge, Lewis spent three years in private practice and four years as a Comanche County prosecutor. Later he was a special judge from 1991 to 1999 and a district judge for Comanche, Stephens, Jefferson and Cotton counties from 1999 to 2005. 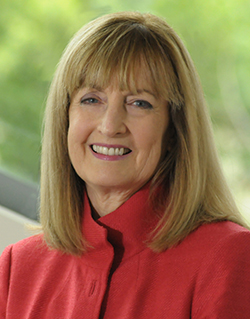 A leading attorney, Judy Hamilton Morse (’79) became the first woman to serve as president of a major law firm in Oklahoma. She held the role at her current firm, Crowe & Dunlevy, for three years. She is currently a director in the firm’s Oklahoma City office and is the firm’s immediate past chair of the Litigation and Trial Practice Groups. Morse is an experienced trial lawyer, having spent her career focused on litigation and trial practice, as well as bankruptcy and creditors’ rights.

She is an elected member of both the Litigation Counsel of America and the International Defense Counsel Association. Last year, she was elected as a Fellow of the American College of Bankruptcy Attorneys.

For more than 20 years, Morse has been listed in the Best Lawyers publication and was recently named the publication’s 2017 Oklahoma City Lawyer of the Year in the area of banking and finance litigation. In addition to her many Best Lawyers honors, last year Morse received recognition as one ofBenchmark Litigation’s Top 250 Women in Litigation, the definitive guide to the country’s leading female litigators. Super Lawyers also named Morse one of Oklahoma’s Top 50 Lawyers last year and for seven consecutive years has recognized her as one of Oklahoma’s Top 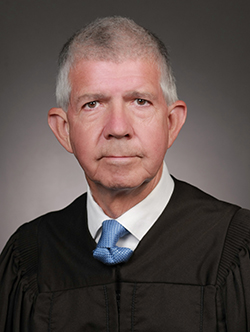 The Honorable Steven W. Taylor (’74),who recently retired from the Oklahoma Supreme Court, has spent his life serving the United States and the people of Oklahoma. He joined the U.S. Marine Corps in 1970 and served on active duty from 1974 to 1978. He was trained as an infantry platoon commander and later served as a prosecutor and chief defense counsel. In 1977, he became the youngest judge in the U.S. Armed Forces. He was promoted to the rank of major.

Following active duty service, Taylor practiced law in McAlester, Oklahoma, and was later elected mayor, making him the youngest mayor in that city’s history. In 1984, then-Gov. George Nigh appointed him associate district judge for Pittsburg County, and in 1994 he was elected district judge of the 18th Judicial District. In 1997 and 2003, Taylor was elected presiding judge of the 10-county East-Central Judicial Administrative District. In 2004, Henry appointed him to the Oklahoma Supreme Court, where he served as chief justice from 2011 to 2013. In his more than 20 years as a trial judge, Taylor presided over more than 500 jury trials, including the state trial of the Oklahoma City bombing case.
Taylor has been honored with a number of distinctions and awards throughout his career, including the Oklahoma Bar Association’s Award of Judicial Excellence, the OU Regents’ Alumni Award, and induction into the Oklahoma Hall of Fame and the Oklahoma State University Hall of Fame. He is also a member of the OU College of Law’s Board of Visitors. In December 2016, after nearly 33 years of judicial service to Oklahoma, Taylor retired from the Oklahoma Supreme Court.
The Order of the Owl has previously inducted 20 OU Law alumni: The Honorable Thomas R. Brett, Bill W. Burgess Jr., The Honorable Michael Burrage, The Honorable Robin J. Cauthron, Dean Emeritus Andrew M. Coats, The Honorable Tom J. Colbert, James T. Comfort, William T. Comfort Jr., Ada Lois Sipuel Fisher, James L. Gallogly, The Honorable Noma D. Gurich, William G. Paul, W. DeVier Pierson, J. Hugh Roff Jr., William J. Ross, Kathy Taylor, The Honorable Ralph Thompson, The Honorable Lee West, Reggie Whitten and The Honorable Alma Bell Wilson.

Order of the Owl, Hall of Fame, Awards & Recognition