May 30, 2019 | By Melissa Caperton, Director of Communications 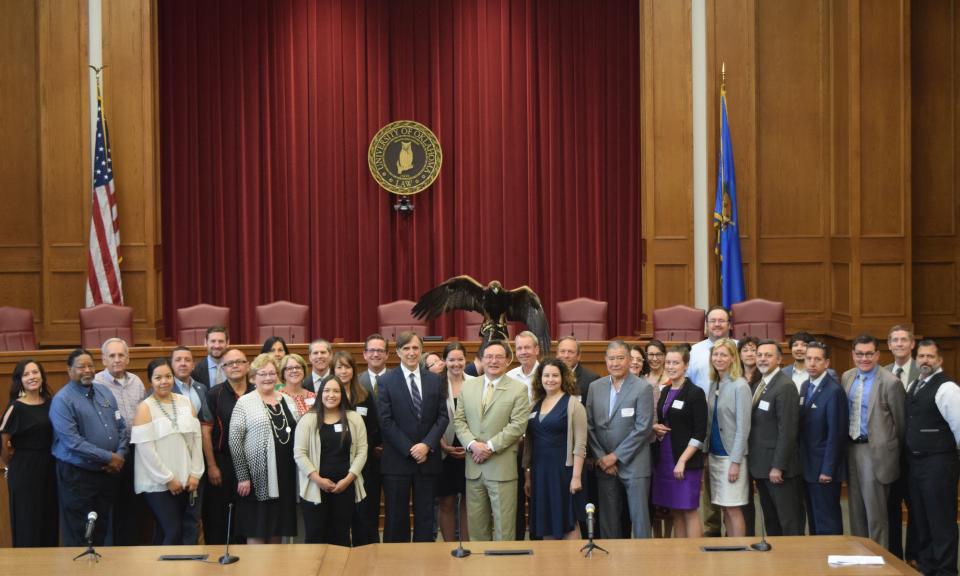 Pictured Above: The Spring 2018 IITIO Conference

The University of Oklahoma College of Law next week will host tribal business leaders and legal scholars from around the world who are gathering to discuss topics relevant to indigenous trade, tribal governments and international business.

The spring 2019 International Indigenous Trade Mission and Conference, organized by the International Inter-Tribal Trade and Investment Organization (IITIO), is set for June 2-4, with panel discussions being held at OU Law on June 3 and 4.

Topics to be discussed during the two days of panel discussions include:

OU Law, a global leader in the field of American Indian and Indigenous Peoples Law, has been the host location for the organization’s spring conference since its inaugural meeting in 2016.

A number of notable leaders and experts in indigenous trade will be speaking during the conference. Wayne Garnons-Williams, IITIO chair, spent last summer at the College of Law as a Fellow in Comparative and Federal Indigenous Peoples Law.