NORMAN –  Footballs signed by Barry Switzer and Bob Stoops, an electric guitar signed by the Oklahoma band Hinder, salon packages, area restaurant gift certificates and fun evenings out with OU College of Law professors are among the many items up for bid at a fundraising auction 7 p.m. Oct. 13 at The Brewhouse, 110 W. Main in Norman. Hosted by OU Law’s Organization for the Advancement of Women in Law (OAWL), the event benefits the Women’s Resource Center of Norman.

This is OAWL’s 23rd year to organize this charity auction. Last year’s event raised more than $12,500 to support center’s community programming for victims of domestic and sexual abuse.

OU Law Professor and OAWL Faculty Sponsor Mary Sue Backus said the auction has become a staple for both the center and OU Law students, thanks to strong civic backing.

For additional information and for accommodations based on disability, contact Hailey Green at haileymgreen@ou.edu. Donations may be tax deductible. 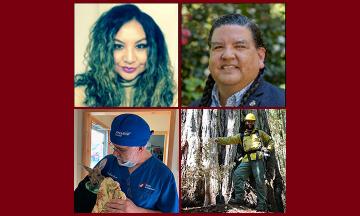 Throughout the COVID-19 pandemic, members of the M.L.S. in Indigenous Peoples Law program not only continue to excel in their coursework but have found ways to address the needs of their communities during the ongoing health crisis.