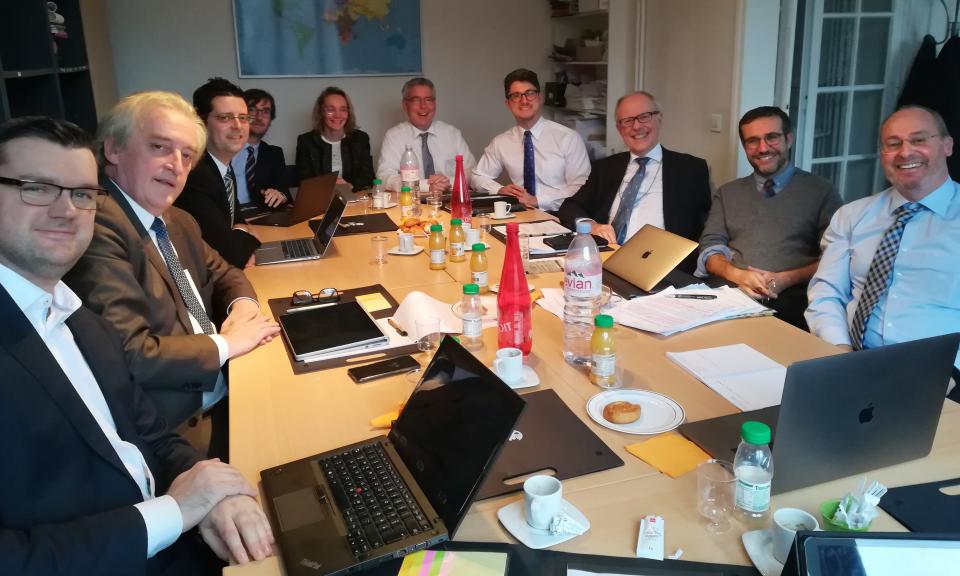 The ELI working group at its first meeting.

OU Law Professor Chris Odinet, who was recently appointed to a working group of the European Law Institute (ELI), is currently in Paris for the group’s first preparatory meeting.

The ELI working group has been charged with studying the status of European law with respect to how digital assets are accessed. “Access to digital assets” means everything from how heirs can access online accounts for a deceased person to the accessing of digital assets by trustees, those with powers of attorney, and guardians for incapacitated persons.

The working group consists of lawyers, judges, and law professors from across Europe, as well as Professor Odinet from the United States. The group will meet three times a year for the next three years and will issue a report with legal recommendations for making access to digital assets easier in Europe.

Professor Odinet was asked to join the committee for two reasons:

The European Law Institute is an independent nonprofit established to initiate, conduct and facilitate research, make recommendations and provide practical guidance in the field of European legal development. Its headquarters is at the University of Vienna. The organization is a partner organization of and is similar in nature to the American Law Institute.