In Recognition of Col. Frank Stone 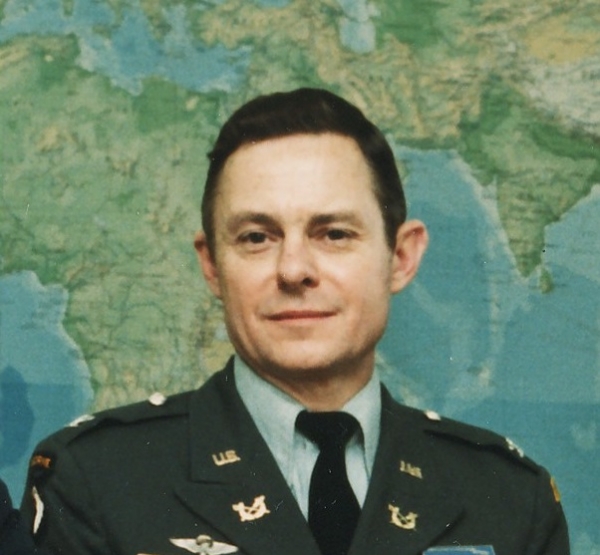 After reading the current issue of Sooner Lawyer magazine and the feature on military service, I was moved to write the College and share about Col./Dr. Frank Stone -- a significant OU Law alum who served in the JAG, and one who should not be overlooked.

Our class of ’63 is having its 50th year reunion this year.  Without bragging too much, it is an accomplished class claiming a law school dean, Andrew Coats; a library honoree, Don Pray; a US District Court Judge featured in a John Grisham book, the Hon. Frank Seay; an Oklahoma Attorney General, Larry Derryberry; a university president, Tom McDaniel of OCU; too many state judges to list here; and other notables. However, I doubt that any other class member has the post LLB education or impact on international relations as has Frank Stone.

Frank had served four years in the Army Special Forces, then better known as the Green Berets, mainly in Germany, when he entered OU Law in 1960.  He was then a 1st LT but received his Captain’s bars while serving as commander of a Special Forces Reserve unit in Oklahoma City during law school.  He would often fly to Ft. Bragg, NC on weekends for parachute jump practice.

After graduation in 1963, Frank returned to active duty as a JAG officer.  His early tours included a return to Germany, four years as Deputy, Legal Adviser to the Commander-in-Chief Pacific, Adm. Noel Gayler in Hawaii, and three years as Staff Judge Advocate responsible for three installations in Alaska.

During Franks’ stay in Hawaii, he began what would become his principal assignment of negotiating agreements concerning military matters with foreign governments.  The first were agreements with Thailand, Hong Kong (then still a British self-governing colony), and Japan.  In1980, Frank was assigned to the Office of the Secretary of Defense which immediately sent him to Greece to negotiate the Defense Cooperation Agreement, which included a Status of Forces Agreement and much more.  During Franks’ several months stay in Athens, the US Ambassador pinned on his Colonel Eagles.

Frank went on to negotiate similar military agreements with Spain, Romania,  and Israel. The Israeli agreements included placement of Patriot Missiles to shoot down Iraqi scud missiles during the first Gulf conflict in 1991, now the backbone of Israel’s Iron Dome.  During the 1991 conflict, Frank also negotiated agreements with several Middle Eastern countries to provide support, including free water, fuel, bases, landing rights, and port facilities.  In 1996, Frank went back to the Middle East to renegotiate and extend those agreements which became vital for the second Gulf conflict in 2002.

When the Soviet Union dissolved in 1993, Frank was assigned to draft and prepare international agreements to implement the Partnership For Peace program to assist former Soviet republics in moving towards democracy.  NATO and other countries, even Russia, eventually signed on after much consternation within DoD and the State Department.  There are now well over 40 signatories to that agreement.

After 32 years of military service, Frank retired in 1999.  But his career was far from over.  He was immediately asked to return to the Office of the Secretary of Defense, and later with the State Department, as a civilian to continue to negotiate international agreements.  These included additional agreements with Israel, Uzbekistan, (critical to our conflict in Afghanistan), and Croatia.  Frank retired as a civil service employee in 2004.

As one would expect from a 32 year military career, Frank has a full chest of military awards, but he also received the Defense Meritorious Civilian Service Award from Sec. of Defense William Perry.

While on active duty, Frank became the first JAG officer the Army sent to graduate law school.  He received an LLM in International Law in 1971 from George Washington University.  Moreover, In 1990, Frank earned an SJD from George Washington University where his dissertation subject, “Individual Responsibility for War Crimes,” was partially based on his experience as legal adviser for the My Lai and other war crimes cases arising from the Viet Nam conflict.

Over the years, Frank logged an enormous number of air miles and flight hours.  Multiple trips to Athens, Tel Aviv, Tashkent, Bucharest, Stuttgart, Madrid, virtually all countries in Europe, various Asian and Middle Eastern cities add up.  No wonder Frank doesn’t like to travel now from his home in Northern Virginia.

One final note:  Frank was in the Pentagon on September 11, 2001, when the airliner hit.  His office was 10 yards or so from where the left wing hit.  Although shaken by the impact, Frank went to see if he could help, but the intense smoke and heat forced him away.