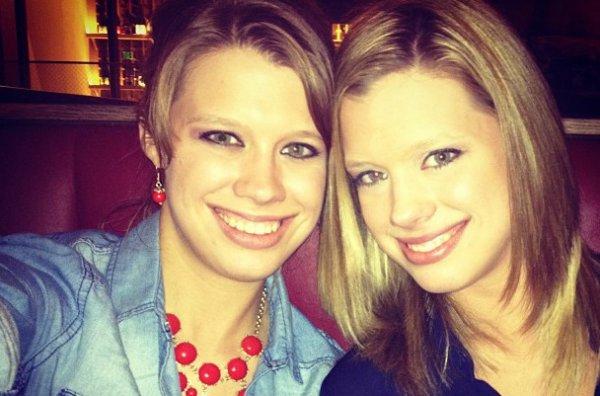 As different in personality as they are alike in appearance, identical twins Megan Winter and Lauren Hensely will pursue legal careers in Oklahoma City following their graduation May 11 from OU Law. In this Q&A, Megan shares their story.

2. Have you both always been interested in law, or did one persuade the other to attend law school?
I have known I wanted to be a lawyer since about age 5.  Lauren needed to do a little research first.  After spending many years debating issues with me, around the time of our freshmen year in high school she decided she could definitely make a career out of being a lawyer as well!

3. Where did you grow up, attend high school and undergrad?
We grew up in a small town 20 miles south of Tulsa called Mounds. Our mom was our high school history teacher.  We did our undergrad at East Central University in Ada, Oklahoma.  We both knew we wanted to go to law school but had different initial roads to get there.  Lauren started off as an English major, I was a history major.  After the first year of school she realized she was enjoying helping me study for my classes more than hers so Lauren became a history major as well.

5. How are you two alike? Different?
My sister and I will be the first attorneys in our family, and our parents are very proud of us. We were speech and debate state champions in high school performing duets together, and we were known as the "twin towers" when we played basketball. We were co-valedictorians in high school, were in the same sorority in college, and always roomed together (dorms in college, apartments in law school). We also shared a truck from age 16-22 (and somehow managed not to kill each other). However, for all the similarities, ask anyone close to us and they will tell you our personalities are much different. Lauren is a hippie tomboy who is usually pretty laid back, and I am girly and more of a Type-A personality.